tender gravity charts Marybeth Holleman’s quest for relationship to the more-than-human world, navigating her childhood in North Carolina to her life in Alaska, with deep time in remote land and seascapes. Always the focus is on what can be found by attention to the world beyond her own human skin, what can be found there as she negotiates loss—the loss of beloved places, wild beings, her younger brother. “do not think,” she says to her mother, “that i love a bear more than my brother. / think instead that i cannot distinguish / the variations in / the beat of a heart.” Inevitably, solace is found in the wild world: “step back toward that joy-sap rising, step back / into the only world that is.” In a narrative arc of seeking, falling, and finding, we hear in Holleman’s exquisitely attentive immersion clear reverberations of Mary Oliver, of Linda Hogan, of Walt Whitman. These poems of grief and celebration pulse in and out, reaching to the familiar moon and out to orphan stars of distant galaxies, then pull close to a small brown seabird and an on-the-knees view of a tiny bog plant.

“Holleman writes with the crystalline clarity of the north that is her home. In the company of humpbacks, ravens, moon jellies, and sphagnum, she seeks consolations that serve as antidote to the otherwise intolerable grief and violence of the human world. ‘We want the vast / to cleanse transgressions we carry,’ she writes, and that desire illuminates these poems.”

“Such intimate knowledge of place tethers the ecopoetry of Marybeth Holleman’s tender gravity to the land and seas around her home in Anchorage, Alaska. There is sorrow in these poems—for a murdered brother who is remembered in the haunting lines of “the warm dark,” and for all the oil spills, global warming, the vanishing species—but also serenity and a piercing love. The poems’ longing for enlightenment is fulfilled not through renunciation but through closer and closer attention to the actual light “that breathes wide // up mountainside to ridgeline across alpine field studded with lichen-red rocks,” the “light / glinting off cobalt pool,” the “light mediating fields awash in tasseled grass / to burn luminous amber.” This is a beautiful book.”

—Ann Fisher-Wirth, author of The Bones of Winter Birds

“Stand on your 52 / bones” and allow these poems to call you into connection with the world. tender gravity expands the beautiful, necessary work of writers doing healing and challenging our disconnection from the nonhuman. Marybeth Holleman’s poems, in particular, draw strength from her longtime home in Alaska. That deep, place-based connection allows us to live and look a while with her at her world in a deeper, more nuanced way. “I apologize to the god of words / but the god of dirt calls to me,” she writes as she grapples with ecological losses (climate change, the long and brutal aftermath of the Exxon Valdez oil spill) and personal losses (a murdered brother, one’s own younger selves as the years move on). Perhaps the urgent hope of tender gravity is best encapsulated by the poem “With,” where the refrain of connection intensifies, connecting everything—beings and moments and memories we live with—which is, indeed, what happens when we truly allow ourselves to be open to the world.

—Elizabeth Bradfield, author of Toward Antarctica

“Marybeth Holleman’s tender gravity is a thoroughly absorbing collection whose poems range from personal epiphanies to works with larger philosophical implications. They cover a wide range of emotions, including grief for a murdered brother and celebrations of the beauties and consolations of nature. Some of the poems are reminiscent of the work of the wonderful nature poet Mary Oliver, and at least one is Whitman-like in its expansiveness.”

—John Morgan, author of The Moving Out

The poems in tender gravity by Marybeth Holleman are truly gems, beautifully honed to cast and reflect the inner and outer light of her subjects. Many of her poems reveal and enhance details of the skies and seas, lands, mountains, flora, and fauna of our most northern State: “Whales at Night,” “The Fantastic Skies of the Orphan Stars,” “How to Grieve a Glacier.” Her words and their cadences also offer new perspectives on experiences in our daily lives: “Yesterday on a Familiar Trail,” “The Remembered Earth,” and many more. Holleman’s book is a remarkable treasure.

“What if / you could hold/ forty times/ your weight / in love?” writes Marybeth Holleman in her poem “Sphagnum,” which lingers, exploring the marvels of moss. As well as delighting in its attention to its subject, the poem also turns on its willingness to find in this rich green sponge some guidance for how to live a human life as well. tender gravity is full of moments like this, which fathom happiness among sundews and simultaneously mourn and delight in melting glaciers. Holleman looks carefully for her teachers in unexpected places: one poem speaks of a dead wolf left to brine in cold water for a season, then brought up so that we can admire the skull. Among Holleman’s teachers—wolf skull, sundew, glacier, and moss—is also loss itself, her own process of fathoming the murder of her brother. As these poems move through a big Alaskan landscape and also bend in attention to grief, they seek and find temporary refuge “in the variations in / the beat of a heart.” “Every wisdom slips away / as soon as I try to name it,” Holleman says, but what slips also shimmers, caressed in Holleman’s keen attentions. tender gravity is a book of hunger, and of restoration. 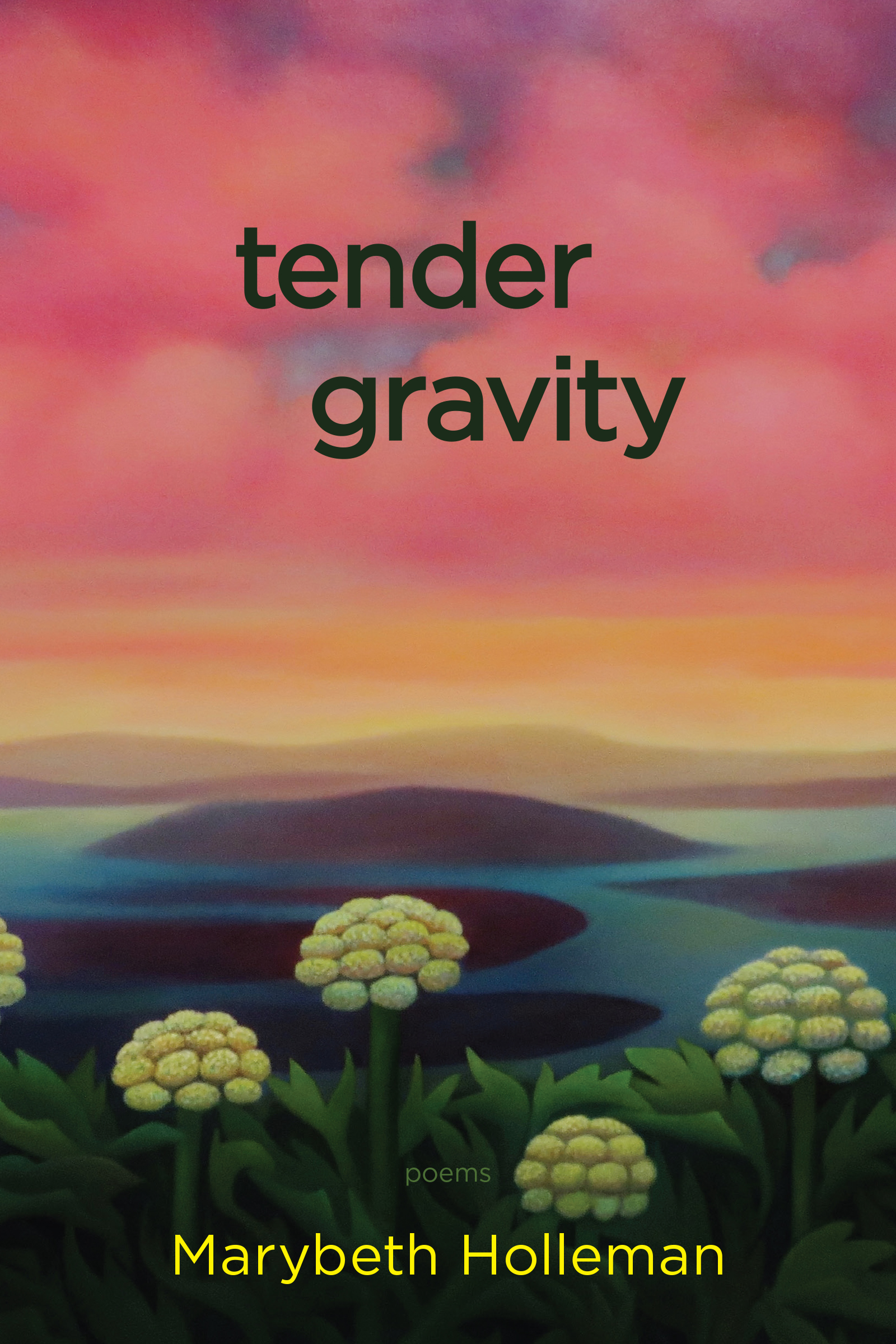