The Gravedigger’s Archaeology writes the urban landscape of the US immigrant, a figure constantly reminded of the nameless and the dispossessed who struggle back home in Central America. Moving between past and present, these poems record a vigil of loss left by the emptiness of tedious excavation―both psychological and spiritual. They travel the fragments and vestiges of a war, the return to one’s homeland or place of childhood, unearthing the landscapes of a jazz riff, myth, or work of art. In a lyrical, sometimes elegiac language, the poems map the complex territory of an exile who understands the answers lie in the ground.

Praise for The Gravedigger’s Archaeology

“Tough music is the first phrase I reached for in describing William Archila’s poems, early Coltrane or perhaps Sonny Rollins or Mingus as analogues. For his dominant (though certainly not exclusive) themes are the almost unspeakably violent world of his Salvadoran childhood and the struggles of immigrant life in the United States, and yet spiraling up repeatedly in stunning riffs of word-song is the rare thing called duende, marvelous in itself but also in its evocations of beauty to be found in the life fully lived, the struggle never abandoned. The Gravedigger’s Archaeology is an aesthetic and moral triumph, and I felt honored to have read it.”―B.H. Fairchild, National Book Critics Circle Award winner

“In his brilliant second book, The Gravedigger’s Archaeology, poet William Archila excavates the cratered memory of war and its aftermath, his pen chiseling a language of ‘black roosters & fossil bones’ in a lost country, ‘a country rift in half.’ But Archila’s pen is also a spade, as poet Seamus Heaney suggested, and this spade unearths ‘the ribcage / still clinging to its shirt and bodies / dumped in a black lava bed’. This is clandestine territory for the lyric, but it is territory Archila traverses with consummate skill. I have been waiting many years for a book that would guide us through that time and place, exhuming the remains with grace and dignity. Archila has written it.”—Carolyn Forché 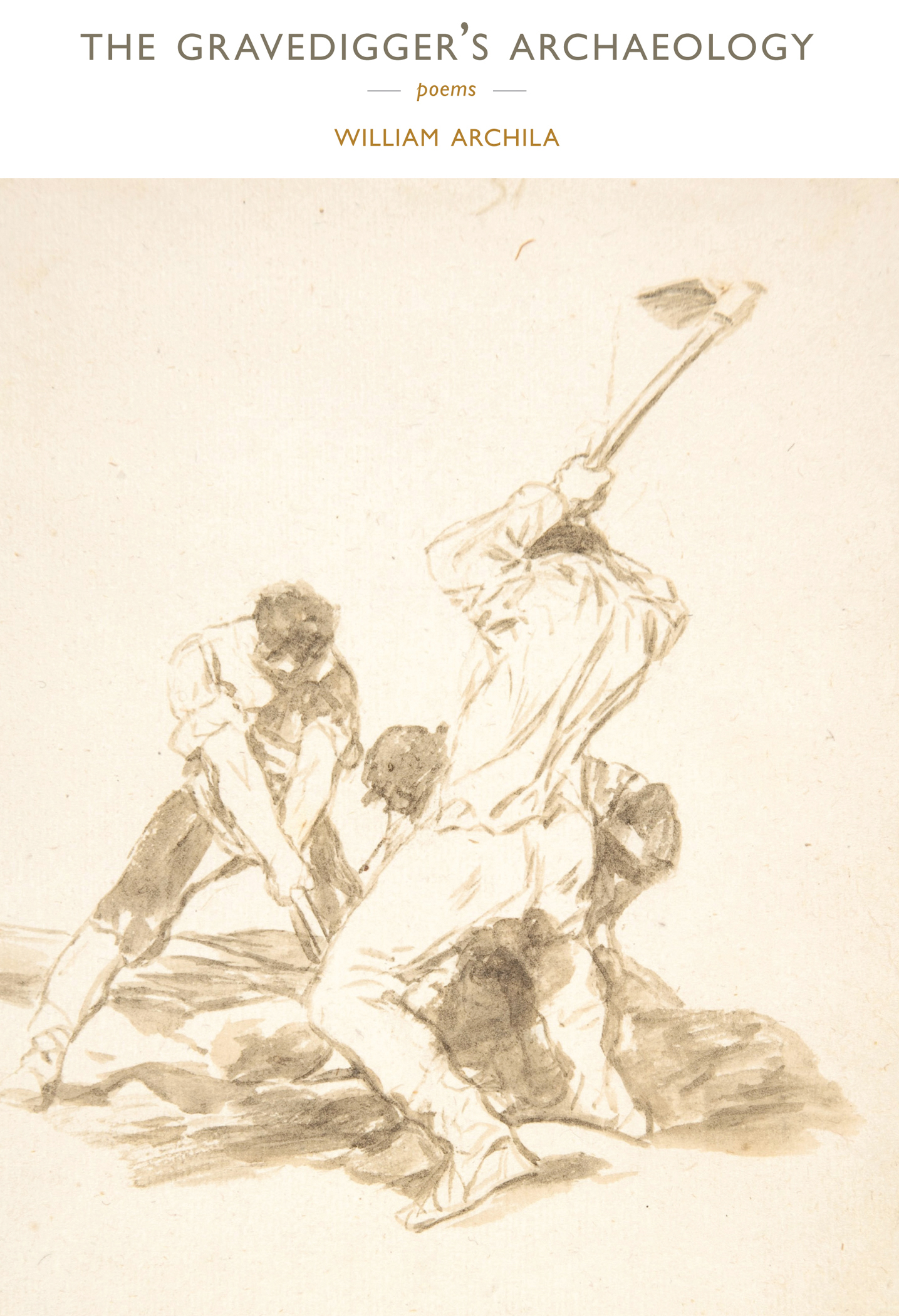 Please enjoy these readings on our first ever virtual poetry “stage” produced in partnership with Beyond Baroque Literary/Arts Center. Be sure to scroll through the entire page, as there are several […]

At dozens of cafes, libraries and bookstores — even a garage in Bell — Southern California teemed with poetry readings and open mike nights before COVID-19 took hold of the world. Some […]

They Write By Night

William Archila speaks with author Mariano Zaro about his early influences and how growing up as an immigrant in the United States has made an impact on his writing. Watch