Notice: Trying to get property 'name' of non-object in /home/zdyjxh31i9ra/public_html/redhen.org/redhen/public_html/wp-content/themes/redhen/functions.php on line 191
 Beyond Repair Archives - Red Hen Press
Skip to content

After recovering from a head-on collision and its attendant trauma, the author struggles to reconnect to a world in the throes of a form of cultural PTSD.

In 2011, my family was in a major car accident. We were hit head-on by a man in the throes of a heart attack. It took three years to recover from our injuries, and a couple more to deal with the aftereffects of trauma. When I finally returned to the world—as father and husband, friend and brother, writer and citizen—it became clear that our society was in its own traumatized state—reeling from the string of police shootings of unarmed African Americans, stunned by yet one more mass shooting. The people around me were displaying all the signs of PTSD—jumpiness, irritability, numbness—and, concordantly, my interactions out in daily life were becoming more dysfunctional, at times downright hostile. Us against them. Red vs. blue. Black vs. white. Rich vs. poor. That we were living in a progressive town inside a conservative county in the Mountain South only made things more volatile. I decided that if we were all living in a fractured society no longer recognizable, then it was up to me to re-engage in it. I would enter into encounters with people as conscious as possible of the potential divides and misunderstandings between us. I started with my neighborhood and town, then moved out into the counties around us, then traveled further out into the country. My goal: to connect.

Beyond Repair: Encounters in a Fractured World is a portrait of community in traumatized times. Sebastian Matthews documents dislocation, both psychic and physical, in these tightly crafted nonfiction vignettes. Whether the speaker is on the sidelines at his child’s soccer game, seeking help from the credit card fraud hotline, or in the elevator with a confused Alzheimer’s sufferer, Matthews enacts the difficulty and necessity of compassion. With wryly insightful observations, Beyond Repair brings us closer with every sentence to the deep repairing we need.—Beth Ann Fennelly, author of Heating & Cooling

In Beyond Repair, poet and memoirist Sebastian Matthews brings an epic consciousness to bear on the grudges and griefs, the tribalism and follies, that warp our politics from the historical to the mundane. Maybe it was the near-death experience from a car accident combined with his abundance of integrity that makes Matthews keenly attuned to inequalities and his place within the machinery of American culture. Maybe he’s just a guy who’s had enough of the nonsense. In this collection of lyric micro-essays, Matthews shares his perspective of those interactions—the microaggressions that Claudia Rankine exposed in her groundbreaking book Citizen, and this necessary and healing work reveals that to “check your privilege” is, after all, to practice a simple set of values we teach our children all the time: be kind and respectful of one another, be thankful for your good fortune, stand up for fairness. Why should it be so controversial to ask adults to do the same?—Gregory Pardlo, author of Air Traffic

“Beautifully written and timely, Beyond Repair weaves together personal and national traumas in a way that resonated particularly with me as a writer in North Carolina wrestling with race in the Trump era.”—David Graham, The Atlantic

An intro from Sebastian Matthews 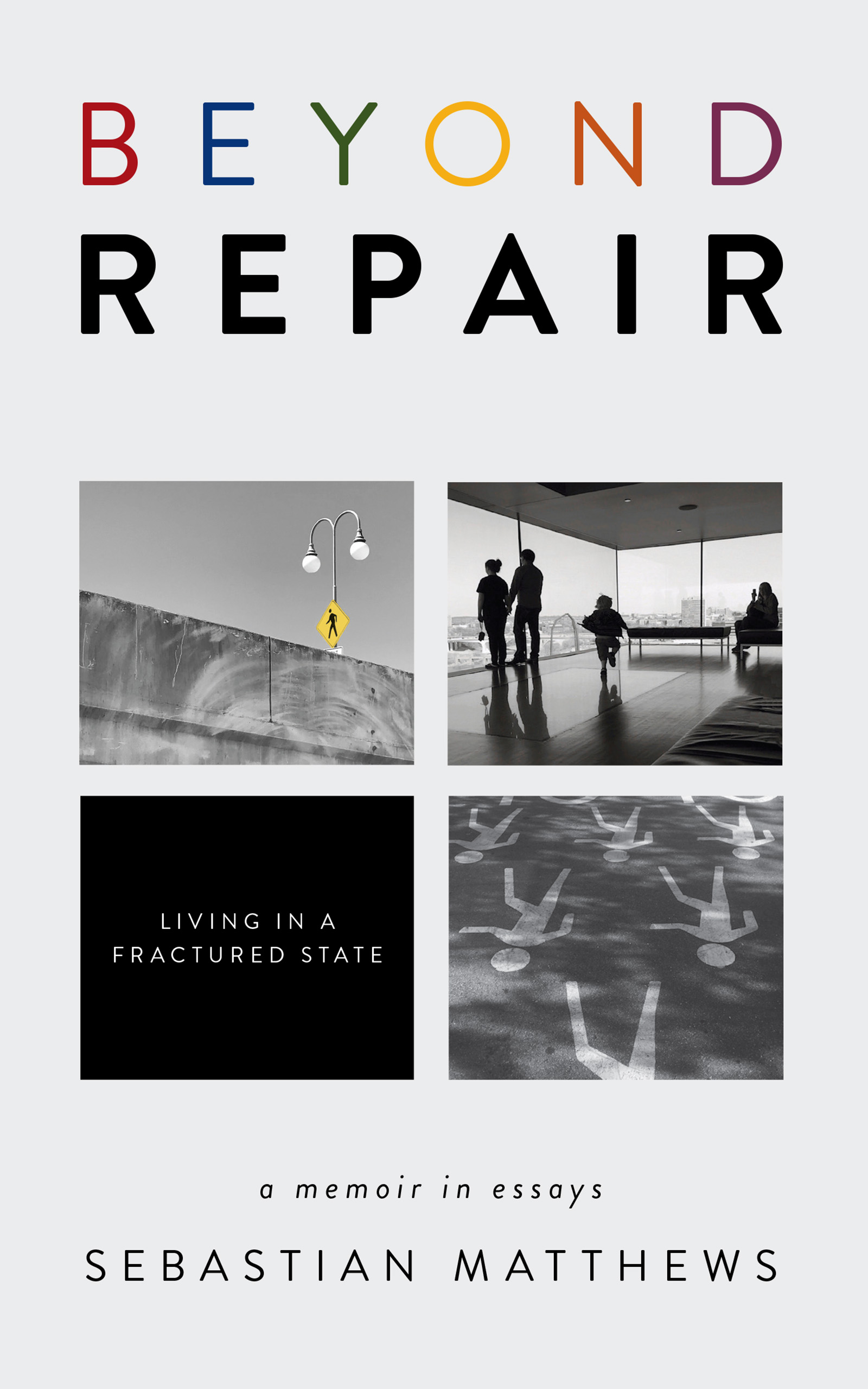