I discover a “lost” aunt, separated from our family due to racism and discrimination against the disabled. She had a mental disability due to childhood meningitis. She was taken away in 1942 when all Japanese Americans were considered the enemy and imprisoned. She then became a “ward” of the state. We believed she had died, but 70 years later found her alive and living a few miles from our family farm. How did she survive? Why was she kept hidden? How did both shame and resilience empower my family to forge forward in a land that did not want them? I am haunted and driven to explore my identity and the meaning of family—especially as farmers tied to the land. I uncover family secrets that bind us to a sense of history buried in the earth that we work and a sense of place that defines us.

“Mas is truly a poet–farmer—he writes stories like he tends to his peaches, each memory cared for and brought to life in such beautiful, thoughtful detail. This book is an immigrant story both very personal to Mas and resonant with so many others around the world, inspiring and heartbreaking, a story of family, history, memory, and lifetimes of resilience.”
—José Andrés, chef–activist and founder of World Central Kitchen

“Secrets carry the heavy weight of shame but they are also waiting to be liberated. Secret Harvests by David “Mas” Masumoto sheds light on an important chapter in Japanese American disability history by unearthing his intergenerational family story. Society can try to bury the ugliness of certain truths but they have a way of reaching toward the light.”
—Alice Wong, disability rights activist, writer and founder of Disability Visibility Project

“Exquisite and haunting. Masumoto investigates the life of a long-lost aunt and, in the process, unearths a painful chapter from his own family’s history. ‘Secret Harvests’ is a deeply affecting meditation on loss and resilience and what we owe to those we have forgotten. A heartbreaking memoir, written with clarity and grace, about how even the ‘least’ of us leaves behind an indelible mark on the world.”
—Julie Otsuka, writer and author of The Buddha in the Attic 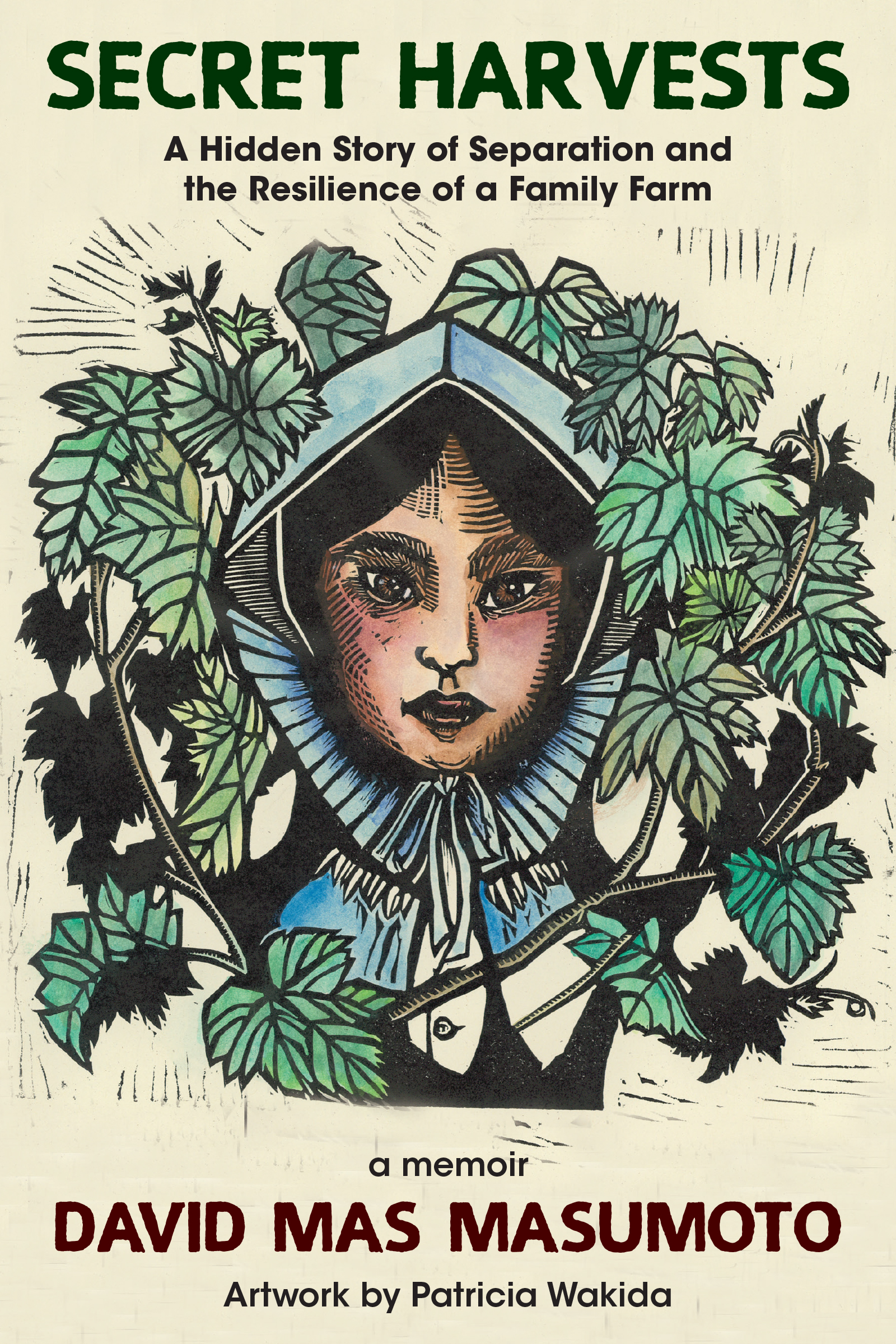