In eleven linked stories, prize-winning novelist John Weir brings his wit and compassion to the question of how a gay white guy from New Jersey lived through fifty years of the twin crises of global AIDS and toxic masculinity in America.

John Weir, author of The Irreversible Decline of Eddie Socket, a defining novel of 1980s New York in its response to the global AIDS crisis, has written a story collection that chronicles the long aftermath of epidemic death, as recorded in the tragicomic voice of a gay man who survived high school in the 1970s, the AIDS death of his best friend in the 1990s, and his complicated relationship with his mother, “a movie star without a movie to star in,” whose life is winding to a close in a retirement community where she lives alone with her last dog.

“Your Nostalgia is Killing Me is a witty short story collection. Eleven linked first-person short stories tell the story of a protagonist whose early adolescent experiences of homophobia in a small town and whose adult loss of his best friend to AIDS during the height of the epidemic write the script for his life, propelling him in and out of relationships with friends, loved ones, and lovers who expect too much or too little. Taking place at acting classes, cinemas, funerals, high school graduation ceremonies, plays, public protest demonstrations, retirement homes, and sex parlors, these eleven linked stories pull at the thin line between erasure and exposure, all the while skillfully highlighting the performative nature of death, grief, illness, love, masculinity, and sexuality against the backdrop of late twentieth-century US culture.”
—Dr. Amina Gautier 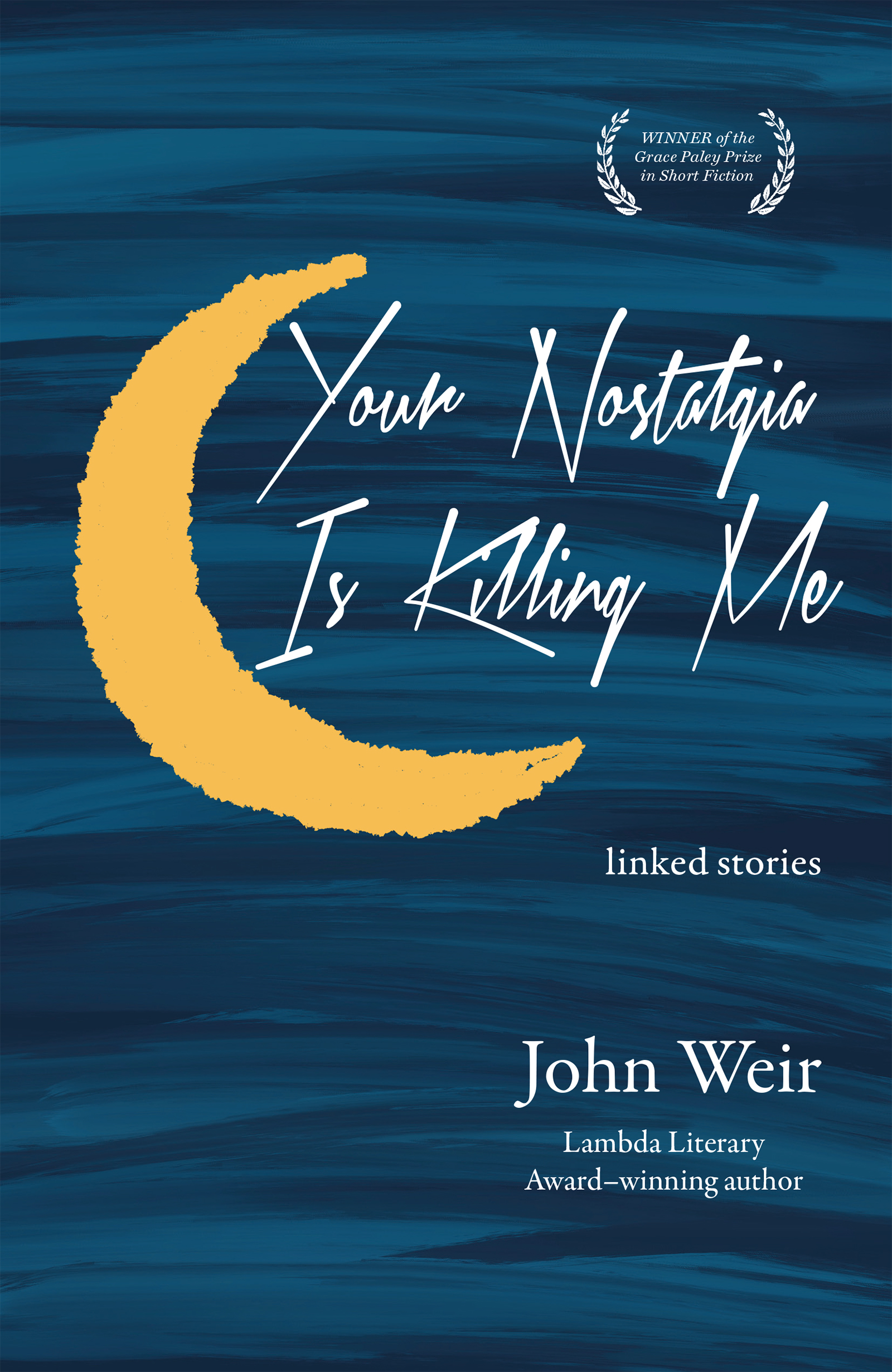