Notice: Trying to get property 'name' of non-object in /home/zdyjxh31i9ra/public_html/redhen.org/redhen/public_html/wp-content/themes/redhen/functions.php on line 191
 What Small Sound Archives - Red Hen Press
Skip to content

Francesca Bell’s second collection of poems, What Small Sound, interrogates what it means to be a mother in a country where there are five times as many guns as children; female in a country where a woman is raped every two minutes; and citizen of a world teeming with iniquities and peril. In poems rich in metaphor and music and unflinching in their gaze, Bell offers us an exacting view of the audiologist’s booth and the locked ward as she grapples with the gradual loss of her own hearing and the mental illness spreading its dark wings over her family. This is a book of plentiful sorrows but also of small and sturdy comforts, a book that chronicles the private, lonely life of the body as well as its tender generosities. What Small Sound wrestles with some of the broadest, most complicated issues of our time and also with the most fundamental issue of all: love. How it shelters and anchors us. How it breaks us and, ultimately, how it pieces us back together.

Francesca Bell’s book What Small Sound is gorgeous, raw, and disarmingly honest beginning to end. Her poems encompass the scope of her life, her family’s life, plus her generous and empathetic assessment of the larger world. She writes of a struggle to be “normal” in the fiery, broken, unpredictable chaos she sees around her. With skill and passion, she speaks of love, of rape, of deafness, or of holding still for a tarantula, of why she doesn’t drink, of who left fingerprints on the bullets of the Las Vegas shooter, or of a mammogram that made her think of the Mars rover. Two quotes of hers from very different poems are unforgettable: “I can’t navigate to a life of before / and keep falling face-flat against after.” And still: “I want to feel what’s next / curled inside me, tight as fists.” Read this book. You will keep wanting to find what’s after, and you won’t forget any of it.

Francesca Bell’s poems fish wonder and gratitude and eros from a world brushed by grief and illness and violence. I celebrate this poet’s tender commitments to remaining open, especially after loss and even when tragedy triggers an instinct to shelter or retreat. In this way, Bell turns our degrees of separation into songs for contact. The poetic praying found in What Small Sound feels like the grace our moment needs. 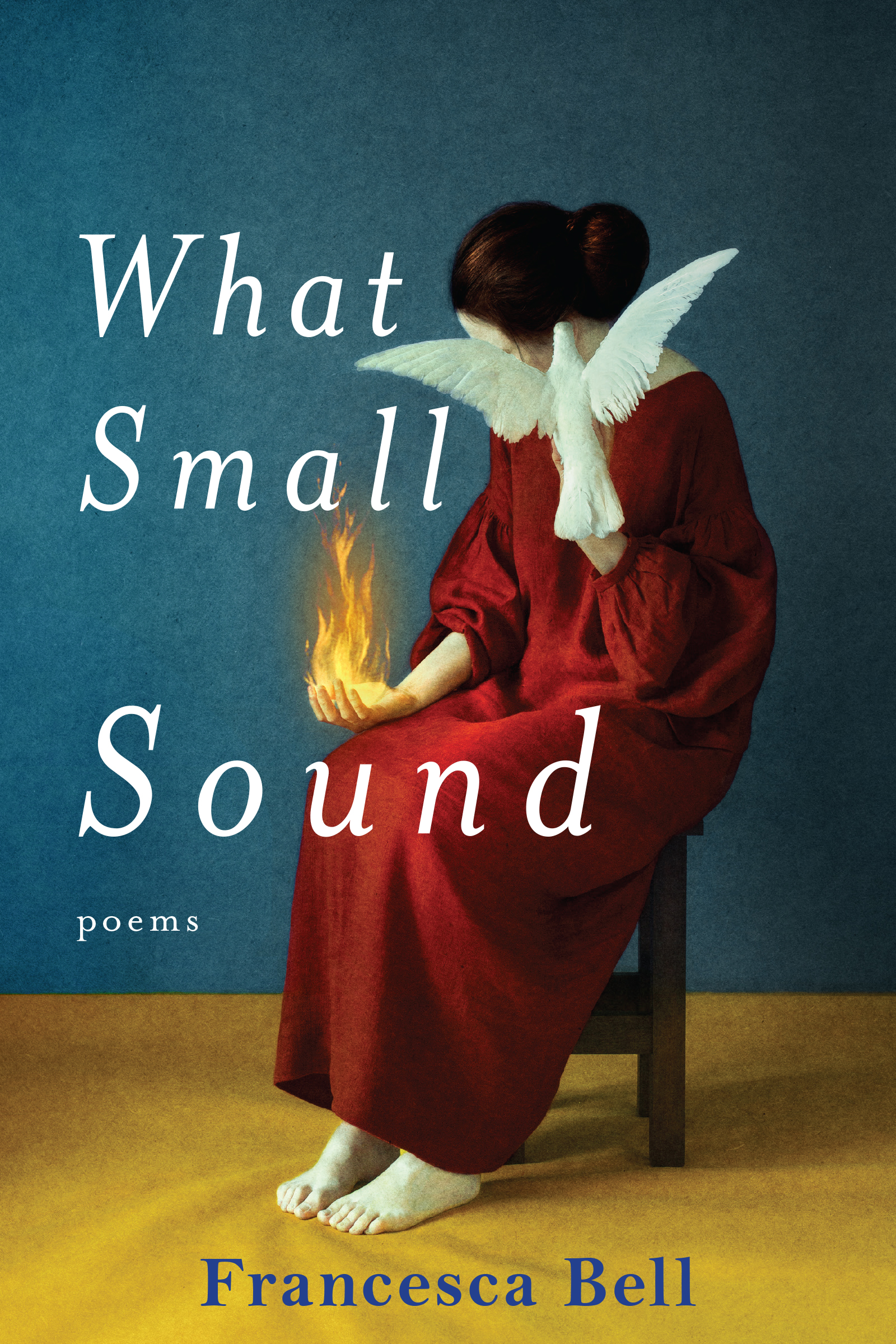