After Rubén unfolds as a decades-long journey in poems and prose, braiding the personal, the political & the historical, interspersing along the way English-language versions & riffs of a Spanish-language master: Rubén Darío. Whether it’s biting portraits of public figures, or nuanced sketches of his father, Francisco Aragón has assembled his most expansive collection to date, evoking his native San Francisco, but also imagining ancestral spaces in Nicaragua. Readers will encounter pieces that splice lines from literary forebearers, a moving elegy to a sibling, a surprising epistle from the grave. In short: a book that is both trajectory & mosaic, complicating the conversation surrounding poetry in the Americas—above all as it relates to Latinx and queer poetics.

“After Rubén es una maravilla. Its elegant, lapidary poems are whispered, intoned, delivered like manifestos, or sung in halting measures that transmute the ephemera of memory and witness into the flashes and trails of glimpsed truths. Francisco Aragón, an American poet of uncommon ambition, has created a bejeweled puzzle box of a book, a fragmented Mariposa memoir of a childhood in between worlds, set within an homage to the poets whose inspirations helped him find his voice, all of which is interwoven in a celebration, an elegy—an interrogation—of the legacy of his greatest literary “mentor,” the great Nicaraguan poet Rubén Darío. In this heady poetic idiom, bridging his home in San Francisco and scenes in Nicaragua with other places from his life in the States, Aragón’s poetry hearkens again to the possibility of a poetics of las Americas, unbounded, unabashedly literary across cultures, languages, history, and journalism, unafraid to anatomize itself, and to regard and report the ever-shifting totalities of our Latinidad.”—John Phillip Santos author of Places Left Unfinished at the Time of Creation and The Farthest Home Is in an Empire of Fire

Marvel at Francisco’s new collection and translations of Darío—there are soft, almost sepia-blurry portraits of unnamed figures, episodes, eras, and families. The Bay Area appears and dissolves as we journey with Aragón—we amble shoulder to shoulder and listen to intimate, almost impossible short phrases and we stop on occasion and notice the silence, the separations, “aflutter in the light.” The collaborations with the late Andrés Montoya and Carmen Calatayud, and verses inspired by Machado, Darío, Apollinaire, and Cendrars are stellar. This is a book made of books, cultures, and languages, a search made of searches—“I tried to invent new flowers, new tongues,” it says—and indeed Francisco has accomplished this task. Rare for its intimate, deep voices and expansive, chromatic treks.—Juan Felipe Herrera, Poet Laureate of the United States (2015–2017)

“Consider all of this / an excursus on origins,” advises Francisco Aragón as he invites the reader into the queer Latinx literary lineage in After Rubén. Comprised of equal parts familial and scholarly figures and conflicts, the depiction of Rubén Darío’s poetic legacy in this collection reveals his lasting impact on Aragón, whose verse illuminates a range of complex and passionate lives. Aragón’s translations (the originals are reproduced in an appendix) and ekphrastic re-visions of ten of Darío’s poems are daring and, indeed, “blasphemous.”—Carmen Giménez Smith, author of Cruel Futures and Be Recorder

Part imagined intimate diary of the poet Rubén Darío, part lyrical exploration of the rich inner life of poet Aragón, this pulsating book is an ode to the between-world of those who live a life dedicated to observation of words. Sonically charged lines that delve into solitude, travel, separation, grief, and the complex life of the outsider allow these poems to speak both to the individual Latinx experience and the universal desire to belong, to be heard.—Ada Limón, author of The Carrying and Bright Dead Things 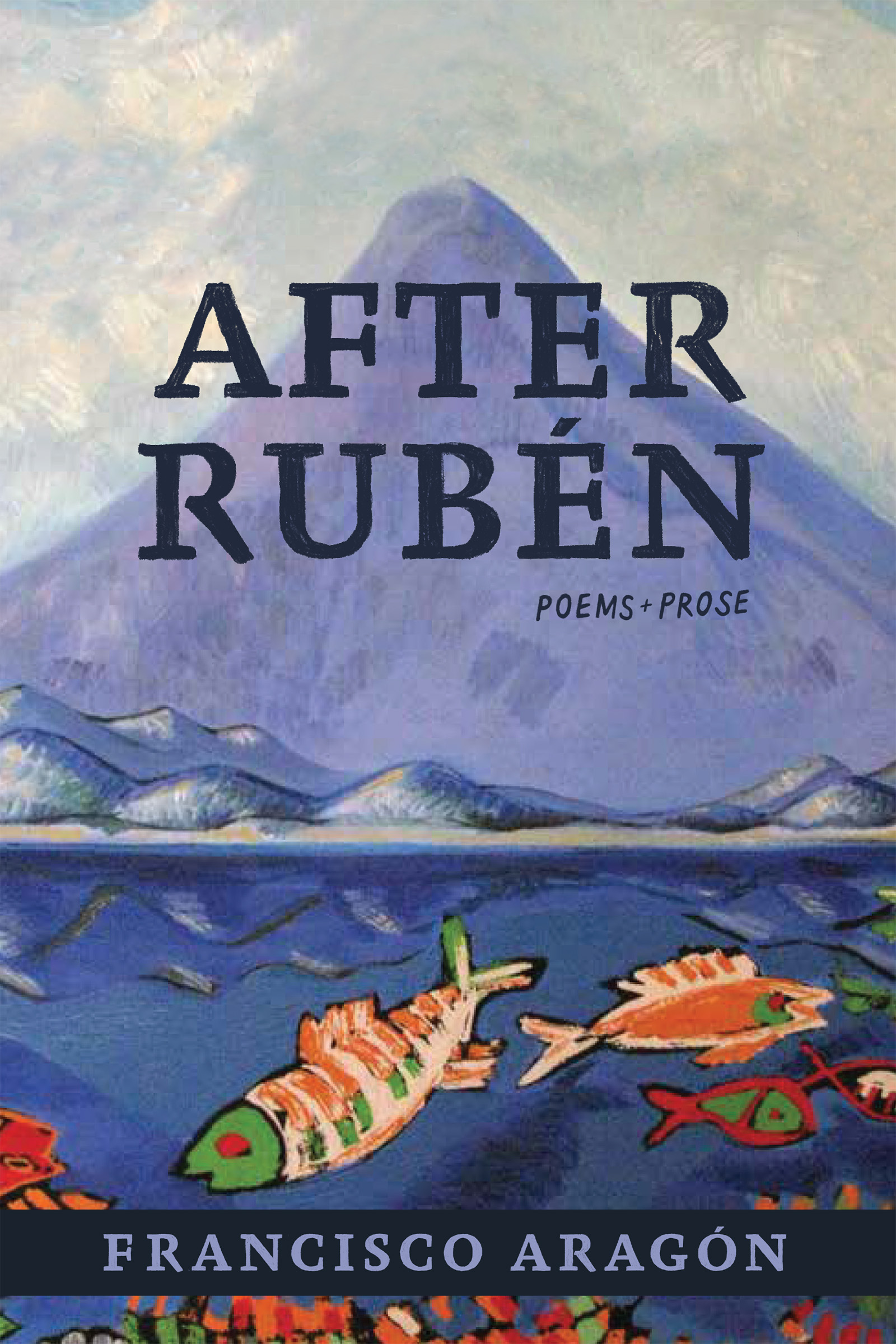 My list of the best Latinx poetry published this year includes After Ruben (Red Hen Press), a stunning collection of poems by Francisco Aragon, inspired by another of Latin America’s greatest poets […]

A post-confessional collection by Francisco Aragón, After Rubén probes personal history, political identity, and place. Imitation is the highest form of flattery, and Aragón’s collection in response to Rubén Darío’s work shows his […]

Francisco Aragón featured in a conversation on Words on a Wire podcast!

In today’s episode listen to the conversation between host Daniel Chacon and poet Francisco Aragon about his most recent work ‘About Rubén.’ Aragon’s poems and translations have appeared in various […]

Francisco Aragón is the son of Nicaraguan immigrants. He’s the author of After Rubén, Glow of Our Sweat and Puerta del Sol, as well as editor of The Wind Shifts: New Latino Poetry. He directs Letras […]

1985 Long and black, the streaksof gray, aflutter in the lightwind as she prepares to tell her story at the Federal Building:reaching into a tattered sackshe pulls out a doll […]

In the essay that caps his latest poetry collection, After Rubén, Francisco Aragón traces his relationship with the Nicaraguan poet Rubén Darío (1867-1916). From the initial gift of a handful […]

A champion of contemporary Latinx poetry, Francisco Aragón returns with his third collection, After Rubén (Red Hen Press). A scholar, translator, and the son of Nicaraguan immigrants, Aragón draws inspiration from the life […]