In this posthumous collection of essays, Eva Saulitis meditates on martality, the art of living fully, and her advancing illness and nearing death, confronting the waiting question without fear or sentimentality: how are you going to live when you know you are going to die?

After beating breast cancer in her late forties, Eva Saulitis again faces the shadow, knowing this time the result will not end well. Saulitis revels in the nostalgia and secret pleasures that come from knowing it’s all fleeting. She searches for answers from European poets and Buddhist scholars, from women in treament chat rooms, from family, from routine; she looks out into the wilderness, at the salmon dying in the river without the ease of morphine, at stone structures broken from water freezing, expanding inside. Becoming Earth is the account of a woman living life in the presence of death, trying to make sense of a world that will keep going, even though she won’t.

Eva Saulitis’s Becoming Earth is a glorious book. It begins with cancer and then, in elegant prose, unfolds into a meditation on wildness, until it is brimming at its banks with wonder. Never falsely wise, and never ever sentimental or brave, Saulitis left me breathless with realization. Her reflections on human hair, on the differences between restoration and recovery, on the nuances of human relationship as spouses navigate cancer, all surprised and startled me, but the core image of the book is that of a salmon stream stinking with dead and dying fish. Only a wildlife biologist could see in that stream the charged and lovely overflow of life that made it?and see also that the cancer inside her is of the same remarkable wildness. This is spiritual work without any pretense to spirituality. It is what the Buddha would have written had he been trained in wildlife biology. Becoming Earth leaves you, strangely, feeling released, and grateful, and receptive to the world.—Kent Meyers, author of The Work of Wolves

The intricate preciousness of each moment, life, place on earth . . . who has ever told of any of this with more exquisite, moving prose, or compelling tenderness? Thank you forever, Eva Saulitis, for your most astonishing, unflinchingly honest book. Your readers will continue to be moved and changed.—Naomi Shihab Nye, author of Transfer

It’s grievous to consider that such a lovely and complex voice as this has been cut short. In Becoming Earth, Eva Saulitis cites Keats definition of negative capability, the capacity to remain in uncertainties, Mysteries, doubts without any irritable reaching after fact and reason. She takes herself beyond that restrictive, narrow definition, by acknowledging the terrible facts and reasons for her life?s rapid winding down. But she never lets go of mystery, never stops looking out into the world and looking into the words of other writers that help her live with uncerta inties. Eva Saulitis has a remarkable ability to pivot from hard circumstance to an insistence that we be aware of the rich world she loves. Through the gift of her words, she has made a rich life those who read her will continue to inhabit.—Frank Soos, author of Unpleasantries 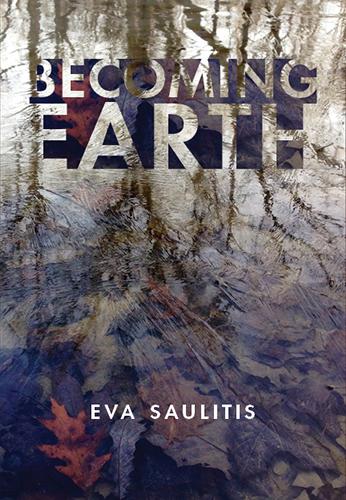