“In voice-rich, era-evoking poetry, this autobiographical novel-in-poems spans a century in the life of one broken, fierce, incendiary family. A mosaic of thwarted dreams and tangled loyalties, Embers is nevertheless always awake to the twin redemptive potentials of grief and recognition. Wolverton unerringly captures the moment when events stamp a character in such a way that decides the course not only of his or her own life, but all the lives they in turn create, resolving in the poet’s own. Beginning with Huron tribal mythology and ranging through Detroit’s salt-city frontier days and, in a particularly stunning suite of poems, its more recent and no less violent urban history, Embers creates an unforgettable portrait of a century, and a city, and a family struggling toward wholeness.”—Janet Fitch, author, White Oleander 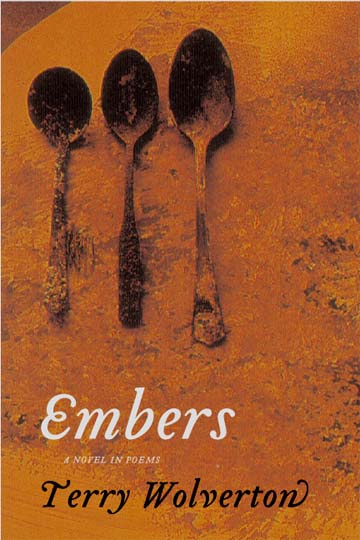