The poems in Future Ship are largely autobiographical in the sense that they are based on personal experiences from childhood and adolescence when the personality is still in a molten form and being shaped by events and experiences that leave a lasting mark on the adult sensibility. The term “autobiographical” is slightly misleading, as any poet knows personal material exists to be molded and transformed according to the needs of the poem. So imagination is the midwife of the past, and whatever actually happened is colored by time, memory, and the exigencies of art. In order to access material which is essentially narrative in nature, and produce poetry rather than short fiction, it was necessary to adopt a form that allowed for flexibility both spacious enough to allow the narrative to develop, yet controlled enough to create some tension in the lines. So the form of alternating long lines with short lines was adopted to answer this requirement. The short lines are lines themselves, and not indented phrases clipped off the ends of the longer lines in order to fit into the marginal format of the page. After allowing the narrative to stretch out in the longer lines, the short lines are meant to act as pivots, or fulcrums, that propel the reader on to the each next long line. They are also meant to supply pauses, breathing spaces, in the extended narrative carried by the longer lines. Other poems in Future Ship are more traditional in lineation, but all the poems, in one way or another, are meant to serve the main theme of how the past informs the present, which then points directly toward the future the trope being a ship that arrives finally to voyage away containing all the accumulated facts, events, and characters that have marked a life. So the self is imagined as a kind of ark, bearing a lifetime’s experiences into the future. One hopes, of course, that the closer one gets to personal experience if it is real and honestly felt the more it will become universal and represent, in some way, the experience of others. 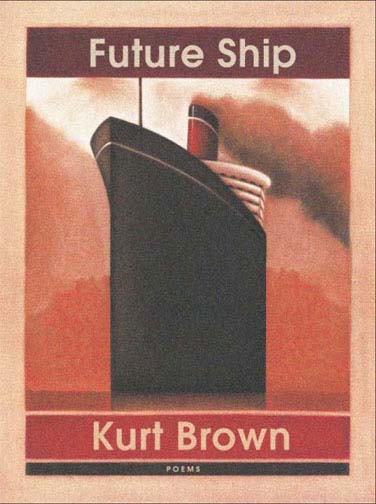