Give, Eat, and Live is a selection of poems translated from the 12th century Tamil poet Avvaiyar, arguably one of the most important female poets in Tamil’s two-thousand-and-five-hundred years of literary history, and certainly one of the best known, of any gender. Although people across the state of Tamil Nadu know many of her works by heart, she has received little attention outside India, owing largely to the lack of decent translations. The one comprehensive work in English, Avvaiyar, a great Tamil poetess, by C. Rajagopalachari (Bombay: Bharatiya Vidya Bhavan, 1971), has long since been out of print and renders Avvaiyar’s poems in accurate but wooden translations. This book, by contrast, seeks to render her finest songs in a supple and poetically charged English that allows both her intellect and poetry to shine. 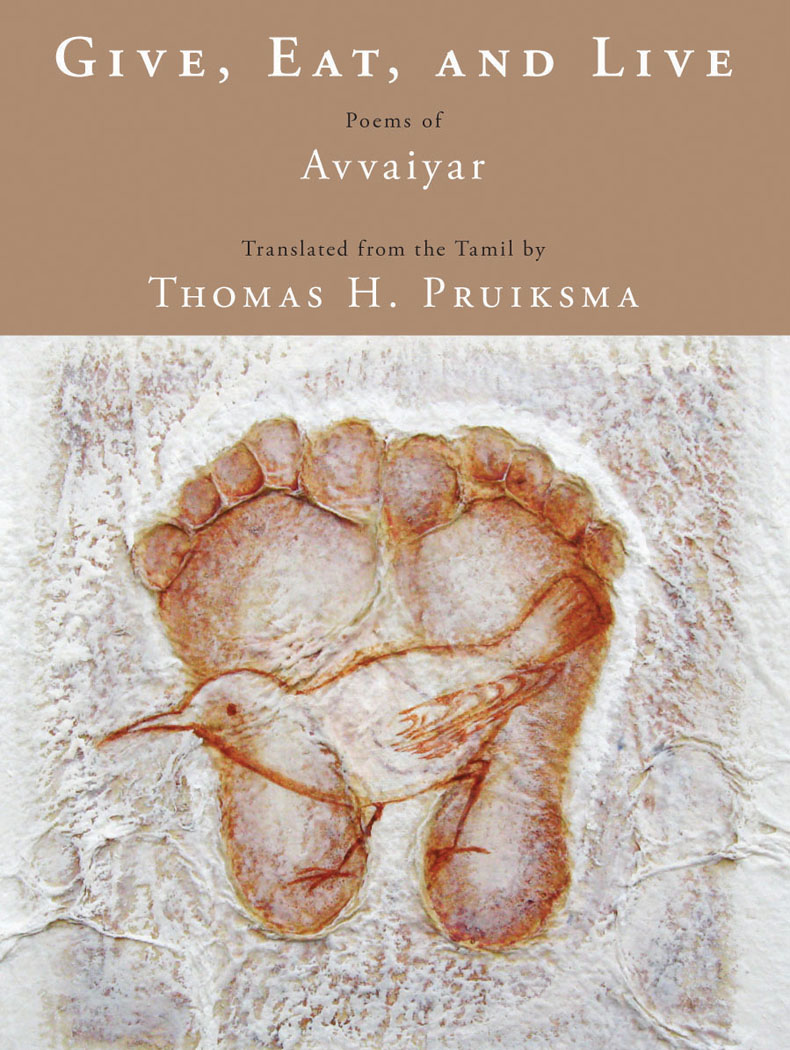