The poems in The Last Mojito were written between 2000 and 2004. The six distinct sections of the book the ingredients of the infamous mojito (mint, sugar, lime, rum, ice, and club soda) were chosen, initially, to impart a rather playful frame to the collection’s content. Quite a few of the poems, of course, reveal the presence of alcohol. In almost all cases, more often than not, the mere mention of spirits or booze is employed as a continual theme, helping to open up friendships or any relationships in a way that bring the narrators closer towards a supposed set of insights gained from a glass that’s no longer filled with what might pass for liquid truth. Individual poems such as “Enough,” “Pub Crawl,” “Forbidden City,” “Story of His Life,” and “I Killed the Poet,” explore both probable and improbable situations the speakers face on the road to self-discovery. 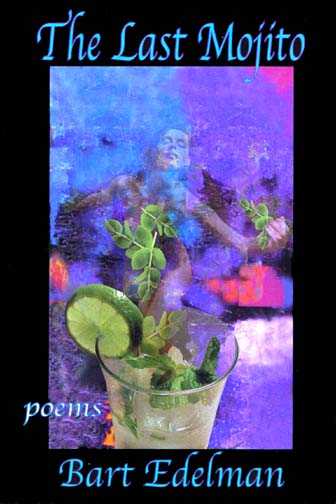