In Mostly Water, essays form a linked memoir that explores the American outback from eastern Oregon horse trails to the arctic and subarctic river towns of Alaska. In these landscapes, Native people and later-comers are entwined in histories as loopy as northern rivers. Odden invites the reader to a vivid patchwork of characters and seldom-seen places, with a soundtrack from fiddle dances and a menu “half potlatch and half potluck.” In Mostly Water, readers will hear dance music ring through little towns and watch as friends conspire to stoke the fires and fading memories of an old pioneer. The danger of giving birth takes a crooked path through a mystical elk hunt on its way to the miracle of holding a child. Casual meetings with passengers on an Inside Passage ferry open to intimacy with a Tlingit grandmother and the dignified depths of an ocean-going hobo. Bush town storefronts forsake their rivers to welcome the airplane. The falling of the Twin Towers on 9/11 silences the sky over a remote Alaskan village. Short takes on a vivid personal cuisine divide the longer essays of Mostly Water. In these interludes, dead grandmothers mix it up over turkey gravy, and ripe berries are sweet and dangerous after Chernobyl’s radioactive winds blow around the top of the Earth. Taken altogether, this book offers readers a deeply refreshing drink from streams rural and north.

“Mary Odden’s essays are a wonder.  I don’t know what I enjoy most about them, whether it is the clear-eyed re-creation of people and places, the rich music of her language, or—and maybe this is where I take the deepest pleasure as I read—those astounding paragraphs where Mary turns to her readers and offers all the gathered insights and ideas her essays have to share.  At such moments, I am dazzled by a person of genius who can lead me out into fresh and surprising turns of thought.”—Frank Soos, author of Unpleasantries: Considerations of Difficult Questions

“Mary Odden’s authentic, profound, and original Mostly Water will thaw parts of you you didn’t even know had frozen. Love, work, animals, food, music: were we to disappear, humanity could be remade of the ingredients here set forth by this remarkable writer. Suffused with wonder, steeped in memory, and written in an exquisitely musical prose, the essays in this book serve to harmonize head with heart in a way that can only be called wisdom.”—Richard Hoffman, author of Half the House and Love & Fury 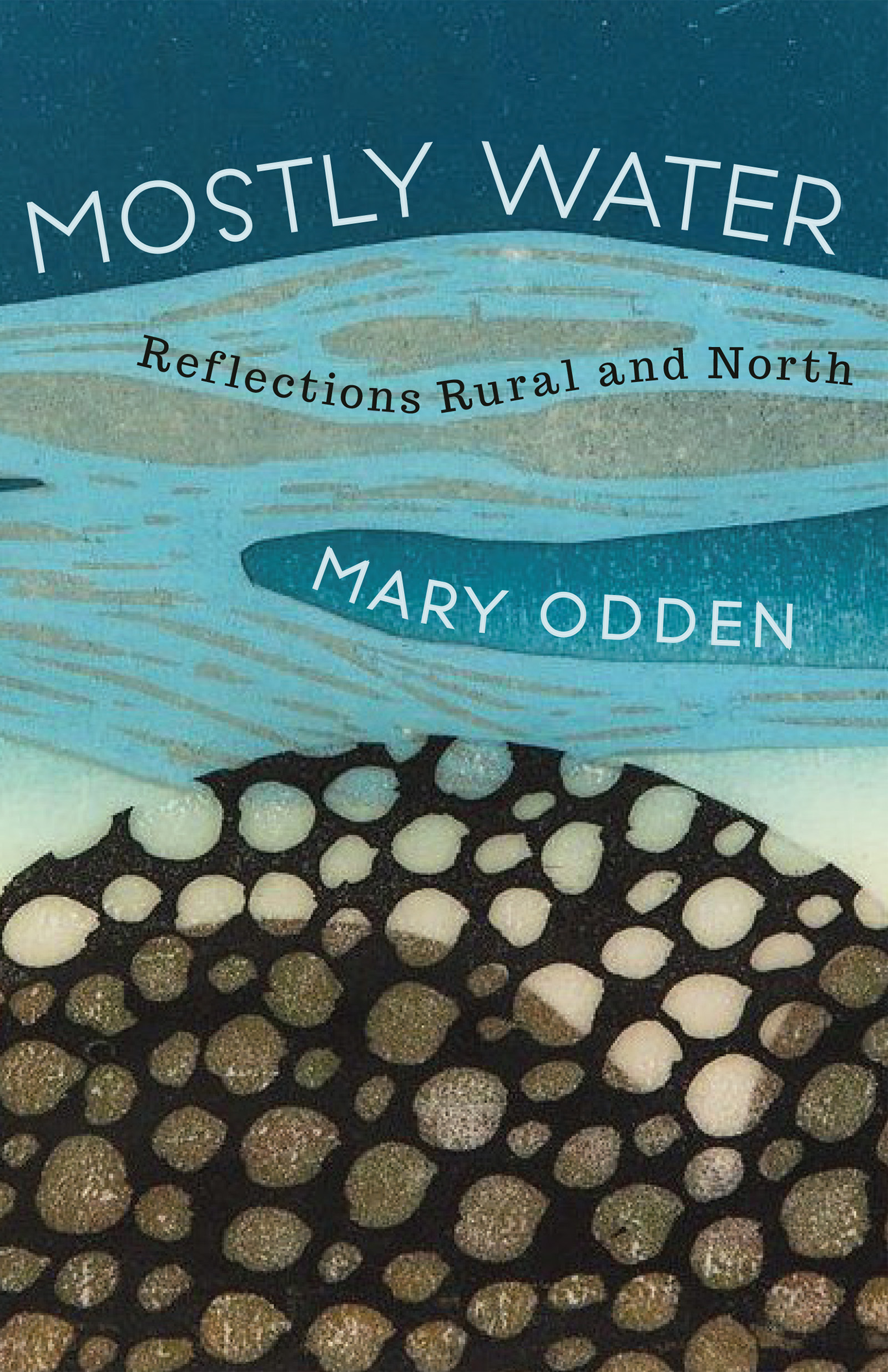 The best memoirs invite us into the interesting minds of writers, carry us into territories we might not have tread ourselves and leave us with new perspectives on life. Some […]

Water flows over and through the pebbles on the cover of Mostly Water: Reflections Rural and North. Water connects. Mary Odden, a long-time resident of rural Alaska, has graced us with this […]