In his twenties, an American manual laborer and poet found himself living with his beautiful wife in a village in southern Greece. Their first encounter with that country would prove an unrecoverable dream of intimate magic, but through decades of steadfast affection, poet David Mason grew to a deeper understanding of what it means to be a citizen of one’s own country and a citizen of the world. News from the Village is a lyrical memoir of Aegean friends, including such figures as Orhan Pamuk, Bruce Chatwin, Katerina Anghelaki-Rooke and Patrick Leigh Fermor, each of whom comes fully alive, along with a brilliant cast of lesser-known characters. Fearing he has lost Greece and everything it has meant in his life, Mason goes back again and again to the country he knew as a young man. He encounters Turkey and Greece together in the shadow of 9-11, follows the lives of his friends, whose trials sometimes surpass his own. Ultimately, Mason’s marvelous book is about what we can hold and what slips away, what sustains us all through our griefs and disappointments. This book is richly evocative and rare. 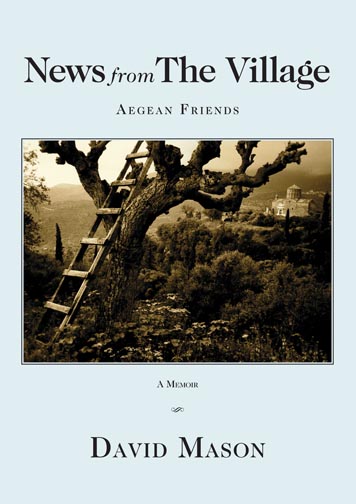