Rob Mccue takes us on a journey through the Alaska Wilderness to the streets of its second largest city in a quest to better understand whatever in the heck is actually going on in this world. The book is not merely a narrative of his adventures but also contains descriptions of the geological, biological, and climactic circumstances that have shaped this great land. The book is also a coming of age story tracing the course of a hedonistic young drifter slowly accepting his transformation to adulthood (or close to it, anyway) and his role as a member of a family.

PRAISE FOR ONE WATER

“Robert McCue’s One Water showcases the generosity of the Alaskan spirit. In a voice laced with authenticity and humility, McCue writes about his life in Fairbanks, and his adventures in wild places beyond town. An intimate story, as tender as it is gritty, McCue explores the interconnectedness of the northern landscape and its creatureswild and human. From hunting to commercial fishing, taxicab driving, glacier travel, and the meaning of fatherhood, McCue shares his hard-earned trials in claiming his Alaskan ‘home.’ One Water offers a riveting and rare glimpse into one man’s reflections, as expansive as the northern landscape and people he reveres.”—Debbie Moderow, author of Fast into the Night

“Rob’s phrases are like driving a cab through ice fog at 40 below  dreamy, dangerous, with the scent of stomach acid, frozen car exhaust and perfume. He’s a thoughtful observer of a strange, distant place that’s also familiar, like you’ve lived there most of your life. Raw, intelligent and pleasantly haunting.”—Ned Rozell, author of Walking my Dog, Jane, and Finding Mars 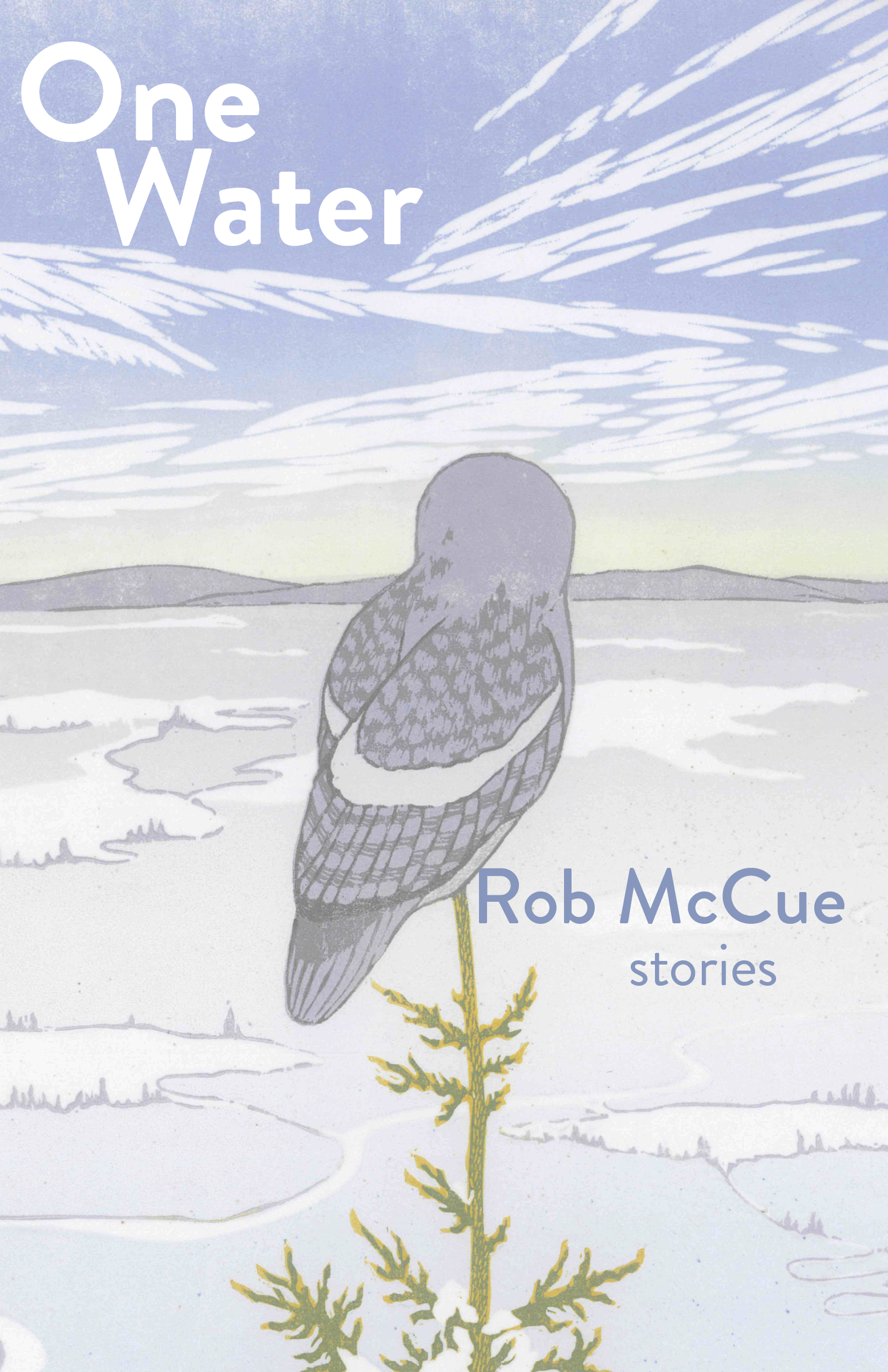