Robert McDowell is a genuine poetic innovator, and Quiet Money is his first collection. Rezoning an honored old form—narrative verse—McDowell’s poems read almost like short stories, yet there is nothing prose like about his manner of expression. Here you will find careful craft and the presence of what Pound called “luminous detail.” In the long title poem, “Quiet Money,” a man flies solo across the Atlantic before Lindbergh, but can’t crow about it because he was merely a flying bootlegger picking up gin in Norway. Full of humor and desperation, these are poems from the middle-class world. “The Liberated Bowler” tells of a woman who can’t find a man able to cope with her talent. There is even a wicket parody of Robert Service, the man who gave narrative poetry such a bad name. As the poet Mark Jarman has written, “With Quiet Money Robert McDowell joins the big three of American narrative poetry—Robinson, Frost, and Jeffers. His is an important contribution, not only to poetry but to fiction as well.” 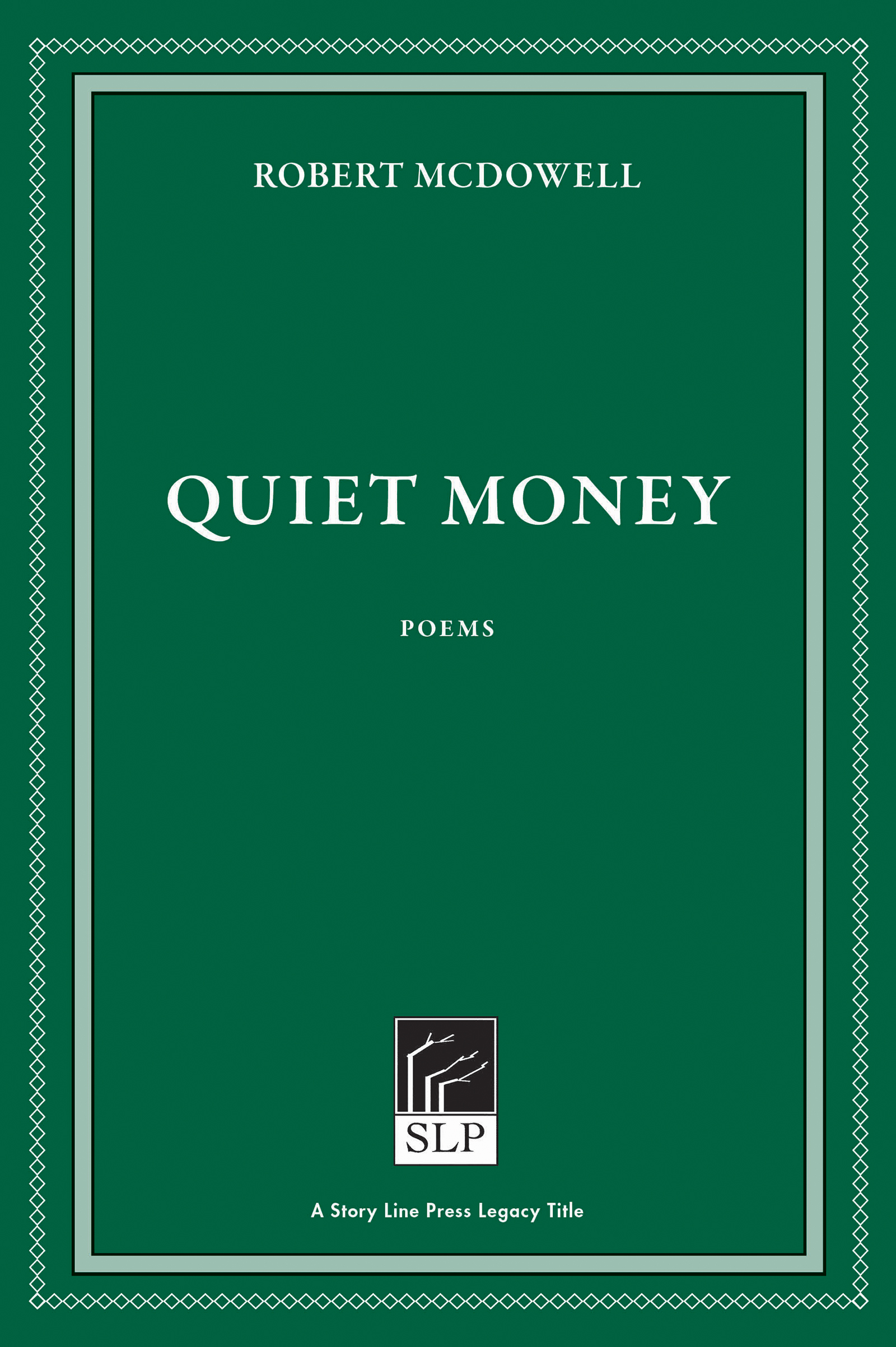