By turns elegiac, ecopoetic, and impolitic, Cynthia Hogue’s eighth collection, Revenance, is a condensery of empathic encounters with others and otherness. Hogue coins a word—from revenant, French for ghost—to consider questions of life and afterlife, and to characterize the ways in which the people and places we love return to us, and return us to ourselves, holding us to account. The poems of Revenance contain telling touchstone figures, like a guide named Blake who, noting signs of global warming, will speak of spirits but not angels; a man who dies and is brought back to life by the imaginative power of love; and a woman who can speak the language of endangered trees. While writing these poems, Hogue journeyed often across country to her familial roots in upstate New York in order to help care for her dying father. At last she began to record some of the many stories she heard of mysterious encounters and visitations, such as she herself was soon to witness, over several intensive years. Although grief silvers the threads of these poems, Hogue pares away the personal in order to be present to others in a fiercely engaged and innovative poetry.

“The pitch of language can isolate image almost against memory, but as an instrument of its music. This is done across Hogue’s new collection, Revenance, with an almost abstract, muralistic importance. I do love these poems—here is the balance of both color and flower naming the rose.”—Norman Dubie

“In her splendid eighth collection of poems, Cynthia Hogue looks deep and listens hard, finding the ‘In / Visible’ in the visible, straining to hear ‘something, and more.’ Whether she’s inhabiting landscape or exploring art, Hogue seeks what eludes us, whether in depth or evanescence. Absence looms, in our impoverished and polluted earth, in the scraps of a lost interview, in the foreshadowed elegies that close the book; but the poet’s deft use of language and form allow both what is and what is no more to be ‘bodied forth, returning like a revenant: not whole, but changed.'”—Martha Collins 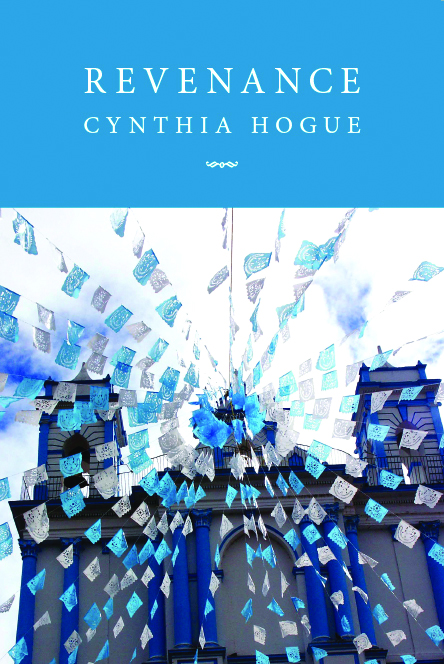 Recently, Mexican poetry journal Periodico de Poesia conducted an interview with Red Hen author Cynthia Hogue in which they discussed, among other things, the importance of poetry's cultural work in […]