Río De Sangre tells the story, in Spanish, of the overthrow of a dictatorship in a fictional South American country. In the aftermath of a coup d’état, the new leader of a Latin American republic embarks on an idealistic course for his nascent government. Faced with numerous problems and no one to trust, our protagonist Delacruz realizes that the good of the country and the protection of his own family may be more than he can achieve.

A series of catastrophic events follow—earthquakes, kidnapping and assassination, combine to allow the rise of an adversarial wolf in sheep’s clothing. The outbreak of a riot affords the opportunity for this adversary to assume control of the government, thus perpetuating the tragic cycle of oppression.

The passion and color of the South American heritage, and the triumphs and struggles of its people throughout its history of oppression and tragedy suggests music of monumental drama. 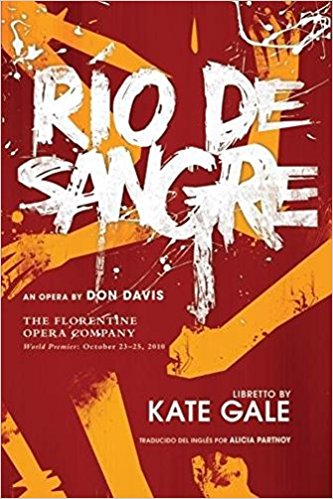