Ron Koertge eagerly tries his talented hand at Flash Fiction. In “BFF,” a teenage girl from the near-future orders friends from Amazon. A few pages later, a robot who travels what is left of the world and observes through “well-engineered eyes” claims that the sound of turbines is his lullaby. A fed-up daughter finds a foolproof way to do away with her awful mother, while in “Jesus Dog” a mysterious animal helps a broken man recover. A page from Lois Lane’s secret diary reveals a shocking secret. Many mothers and daughters will see themselves in Ron’s version of the Persephone & Demeter story. Readers are ushered aboard a mysterious train and later invited to listen in as a teacher chats with a peculiar student named Oliver Oliver. A distant relative of Leda takes her boyfriend to the arboretum with grisly results, and Mr. Weenie tells his daughter how he and her mother met. “Sex World,” the title story, turns out to not be about sex at all, but heartbreak. In these and dozens more, Ron lives up to his reputation as someone who is funny the way the truly serious often are.

Negative Space, a short film by Ru Kuwahata and Max Porter, has been nominated for a 2018 Academy Award for Best Animated Short. The film is based on a Ron’s prose poem of the same name that was originally published in his collection Sex World.

“Sex World‘s brief, potent stories reveal a master satirist trafficking in dark desires, buried fears, black comedy, and the swirl of holy and unholy we all contain. Koertge chronicles secret hungers and vulnerabilities, acerbic tenderness, and the soul’s wrestling match with what it wants versus what it needs and deserves.”—Amy Gerstler, author of Dearest Creature

“Ron Koertge walked into a bar. ‘Read my stories,’ he said. ‘They’re good.’ ‘I don’t have time,’ I said. I was wrong. He was right.”—Pete Hautman, winner of the National Book Award and the Los Angeles Times Book Prize 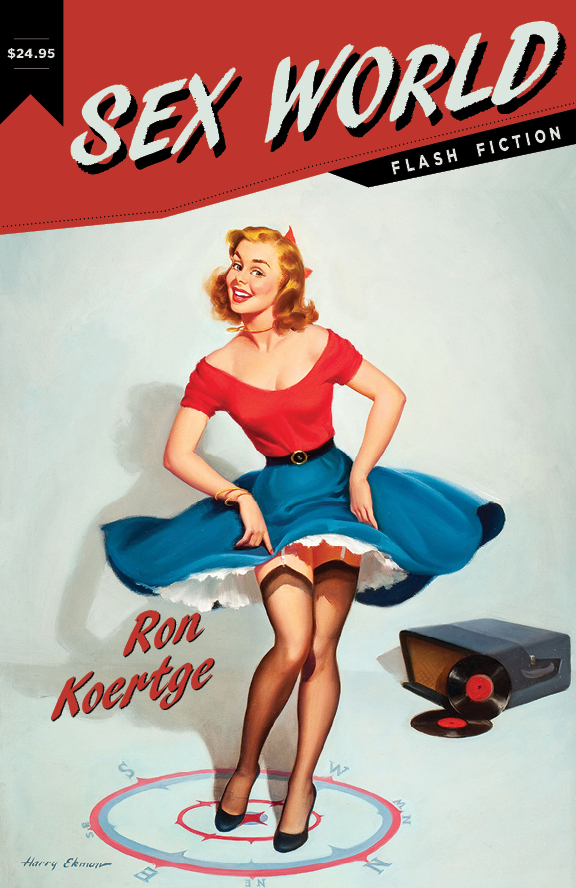 Anne Rasmussen from Late Night Library interviewed author Ron Koertge about his latest flash fiction, Sex World. In the interview, Anne and Ron engage in an enlightening discussion about the […]

Ron Koertge is in the news again, this time in The Baltimore Sun, for his poem “Negative Space,” which inspired the Oscar-nominated animation. “Porter, 36, who has been collaborating with […]

Big thank you to CBS Baltimore for not forgetting that "Negative Space," the Oscar-nominated animation, was inspired by Ron Koertge's prose poem of the same name.

Our Man at the Oscars”– SGVT covers Ron Koertge”

Many thanks to the San Gabriel Valley Tribune for giving a shout-out to Ron Koertge, whose prose poem, "Negative Space," has been made into an Oscar-nominated short film. Thanks SGVT! […]

Brian McGackin, writing for Lit Reactor, recently reviewed Ron Koertge's new flash fiction collection, Sex World, and had nothing but praise for the book: "I've enjoyed a lot of books […]