This book consists primarily of poems about a character based on the fool archetype, which appears not only in silents and standups (e.g. Keaton, Pryor, Woody Allen) but also in tales running back to the beginning of storytelling. To borrow from Yiddish comedy, he is a combination of schlemiel and schlimazel. The difference is that the schlemiel is a bungler who’s always accidentally breaking things and spilling stuff on people and the schlimazel is a sad sack who’s always getting his things broken and getting stuff spilled on him. Trowbridge’s Fool is both. He is often treated harshly, which seems to come simply from his being a fool. Most fool figures, though comic, are subjected to a great deal of violence. The very term “slapstick” derives from this. 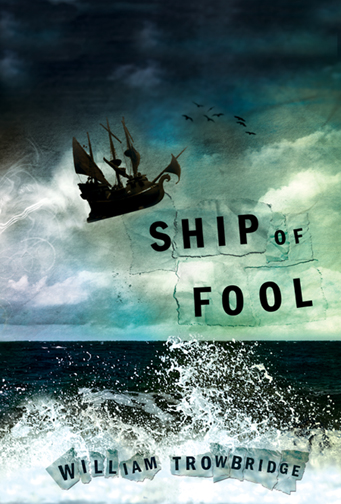 David Clewell, Poet Laureate of Missouri, gave an excellent review of William Trowbridge’s newest poetry collection Ship of Fool on Ron Slate’s website, On the Seawall. Focusing on a few of his […]

William Trowbridge's Spring 2011 poetry collection Ship of Fool has a featured poem of the day on Verse Daily. To check out the website and see the poem, "Foolproof", click […]

Erik Campbell applauds William Trowbridge's Ship of Fool in the Green Mountains Review. – “We need more books like Ship of Fool, more poetry collections that have the import and […]

In a recent review in the Sugar House review, Liz Kay had this to say about Ship of Fool by William Trowbridge – "Throughout the book, we’re treated to Trowbridge’s […]

The Hudson Review looks at Ship of Fool

Ship of … uh, what? This, after pipsqueak predecessors like, say, Shakespeare, Milton, Blake, Byron, Twain, and even a financial website called The Motley Fool? Readers love poets who run […]