Keyboard man Jack Voss spends his evenings in the relative sanctuary of the clubs, playing jazz standards on the piano and occasionally singing some of the songs that made him famous. His 1974 rock opera, The Enchanted Pond, catapulted his band, Vossimilitude, into the stratosphere of rock superstardom. Later, solo albums earned him a reputation as a musician’s musician. Reverence for his genius led his shortcomings–as a husband, father, and friend–to be forgiven, or at least overlooked.

But when his life of comparative comfort and solitude is rocked by a devastating personal loss, Voss is led back to The Enchanted Pond. The story of an ill-fated love triangle based on the tense relations between Voss, his childhood girlfriend Avery, and Vossimilitude’s dangerous and charismatic bassist, Hal Proteus, Voss’s masterpiece set him on a path to this day of reckoning. To endure, he must confront the tragic consequences of his self-absorption on the only firm ground left him: the piano.

With the sure, unsentimental narrative command of writers like Richard Russo and Jonathan Franzen, John Van Kirk has brought to life in Song for Chance not just a fallen rock god, but–with the help of liner notes, bonus tracks, and the complete Voss discography–the whole sex, drugs, and rock and roll era with an immediacy so recognizable that it feels like yesterday.

Praise for Song for Chance

“The novel conveys a genuine passion for rock music, and cleverly includes liner notes, song titles, lyrics and a discography…Van Kirk raises compelling if age-old questions about the tension between art and life, and about our responsibilities to those we love…”—The New York Times

“A passionate, elegiac tale about the excesses of sex, drugs, and rock and roll over a tortured musician’s lifetime. . . . An invented discography, excerpts of lyrics, and cameos by real-life figures like Nick Cave give a feeling of authenticity to Van Kirk’s fictional rock star.”—Publishers Weekly

“John Van Kirk’s Song for Chance masterfully captures the essence of the 1970s rock culture by chronicling the meteoric rise and fall of fictional rock legend Jack Voss, a keyboardist whose life is as improvised as his playing. Van Kirk creates a remarkably vivid cast who could snort lines with the likes of Steven Tyler and Keith Richards. Not only is the hedonistic sex, drugs, and rock-and-roll lifestyle unflinchingly exposed, but Van Kirk reveals the evolution of Voss as a musician and as a man through the songs that he writes. In a brilliant move, those telling song titles and lyrics are included, along with liner notes, a discography, and bonus tracks, which add kick-ass authenticity. Amidst all the rock-god mayhem, however, is Voss?s meditative Zen quest-all while at the piano, the only language he really knows how to speak where he realizes the tragic consequences of his self-absorption and fame for the people he loves the most. Song for Chance is a beautifully orchestrated debut composed with the artistry of a fine piece of music.”—Marie Manilla, author of Still Life with Plums

“On its surface, John Van Kirk?s Song for Chance is a tale of 1970s sex, drugs, and rock and roll, seen through the eyes of a musician who, along with his band, goes for the big crazy ride of rock star success and endures a volatile mix of unanticipated (and often dire) consequences. Van Kirk?s knowledge and love of popular music shines through and richly informs his story, but it’s the deeper aspects of Song for Chance that make the novel truly memorable?a generously rendered account of a soul’s journey through an unexpected life. Van Kirk’s story is expansive, eloquently tracing the often strange alchemy in the great sea-changes of living, loving, and dying. The cadenced rhythms of Song for Chance will stay with you long after you’ve finished the book.”—Richard Currey, author of Fatal Light and Lost Highway 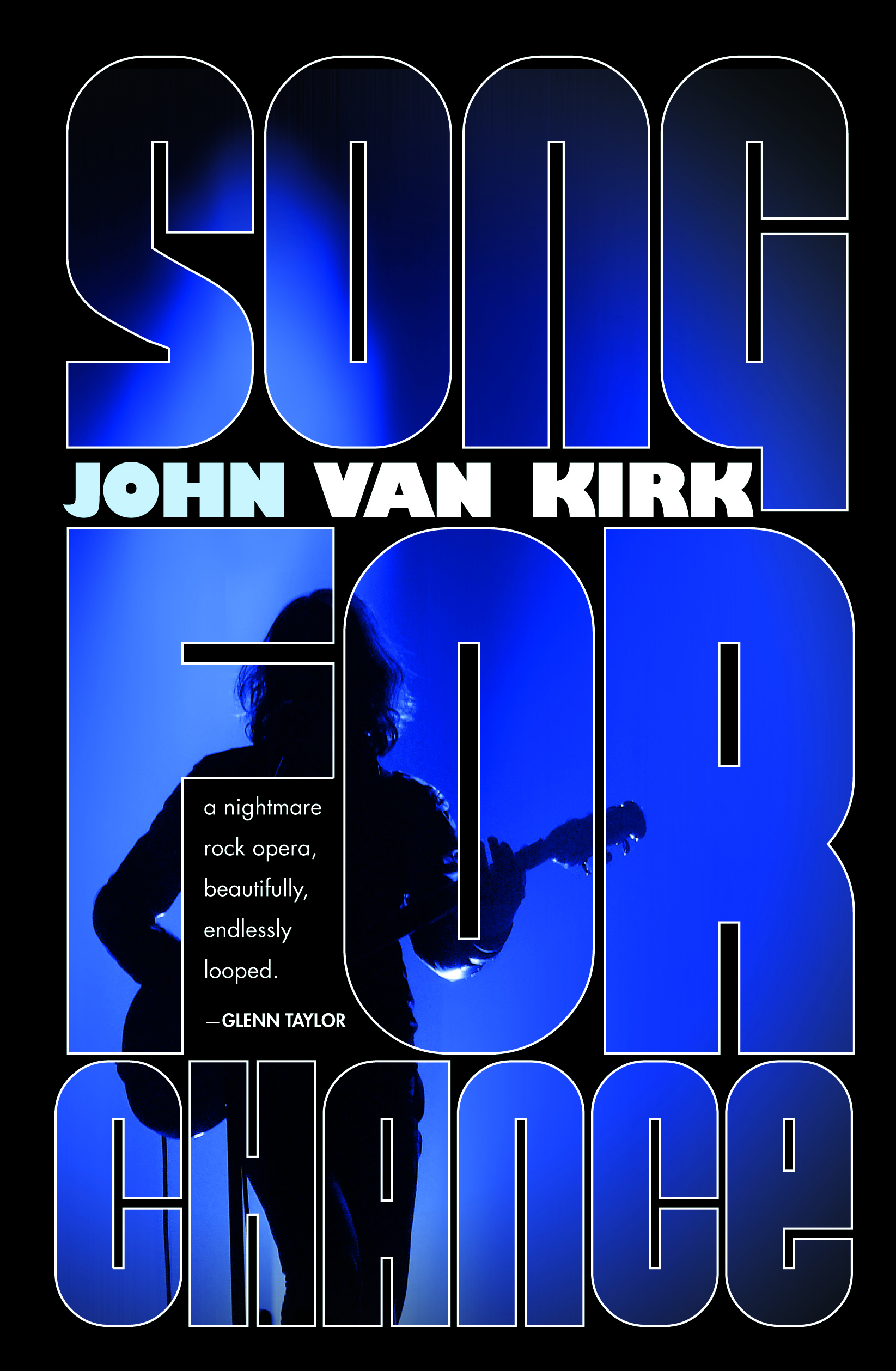 Congratulations to John Van Kirk! His debut novel, Song for Chance, has placed in the 2014 Eric Hoffer Award. Van Kirk's book received an Honorable Mention in the General Fiction […]

Song for Chance featured in the New York Times

Julie Sarkissian adds John Van Kirk's Song for Chance to her list of new and notable debut novels. "The novel conveys a genuine passion for rock music, and cleverly includes […]

Song for Chance in ForeWord Reviews

Julia Ann Charpentier from ForeWord Reviews is impressed with John Van Kirk's Song for Chance.- "Van Kirk depicts the world of an aging rock star by alternating between soft reminiscence […]