In 1924, Yale student John Lars Nelson takes ship on the SS Victoria, bound for Nome. He has been hired to do a plant survey, but his real mission is to find an orchid described by Georg Wilhelm Steller, the naturalist on Vitus Bering’s 1741 expedition. On the ship, John Lars encounters a young Aleut woman, Natasha Christiansen. Once in Nome he hires a pair of down-at-the-heels bootleggers to take him to the Shumagin Islands on their schooner, the Emilia Galotti. He quickly discovers that the two are not what they first seemed. In Bristol Bay he again encounters Natasha and she joins them but she and John are marooned shortly thereafter. They cross the Alaskan Peninsula on foot and then in a borrowed skiff reach Nagai Island, where Bering made his landfall two centuries before. They find the Emilia there, along with another ship, and the hunt for the orchid brings to a violent resolution an intrigue started many years before.

“In Nelson, Tom McGuire has created a smart, capable, and endearing narrator for this old-fashioned adventure, mystery, and coming of age novel. Steller’s Orchid is authentically Alaskan and refreshingly original. It belongs on the shelf with Eowyn Ivey’s To the Bright Edge of the World and Lynn Schooler’s Walking Home. I just finished Steller’s Orchid, and I enjoyed it so much that I’d like to read it again.” —Heather Lende, bestselling author of Finding

“I learned more about life in the Aleutians 100 years ago from Tom McGuire’s page turner Steller’s Orchid than I did from a decade living in Alaska. In the course of drawing us in to the quest of John Lars, a young orchid seeker, McGuire subtly reveals how we arrived at the Alaska of today. This adventurous, unforgettably original and so human saga has more than a few moments of erudite ad poetic narrative. Steller’s Orchid teaches us how and why commoditized plants have been transported around the world to comprise the modern agricultural landscape. McGuire’s narrative culminates in an exciting climax set in one of the most remote spots on the planet, a fitting end to a book that is as much about the nature of life and love as orchid hunting and ambition.”—Doug Fine, author Farewell, My Subaru and Too High to Fail 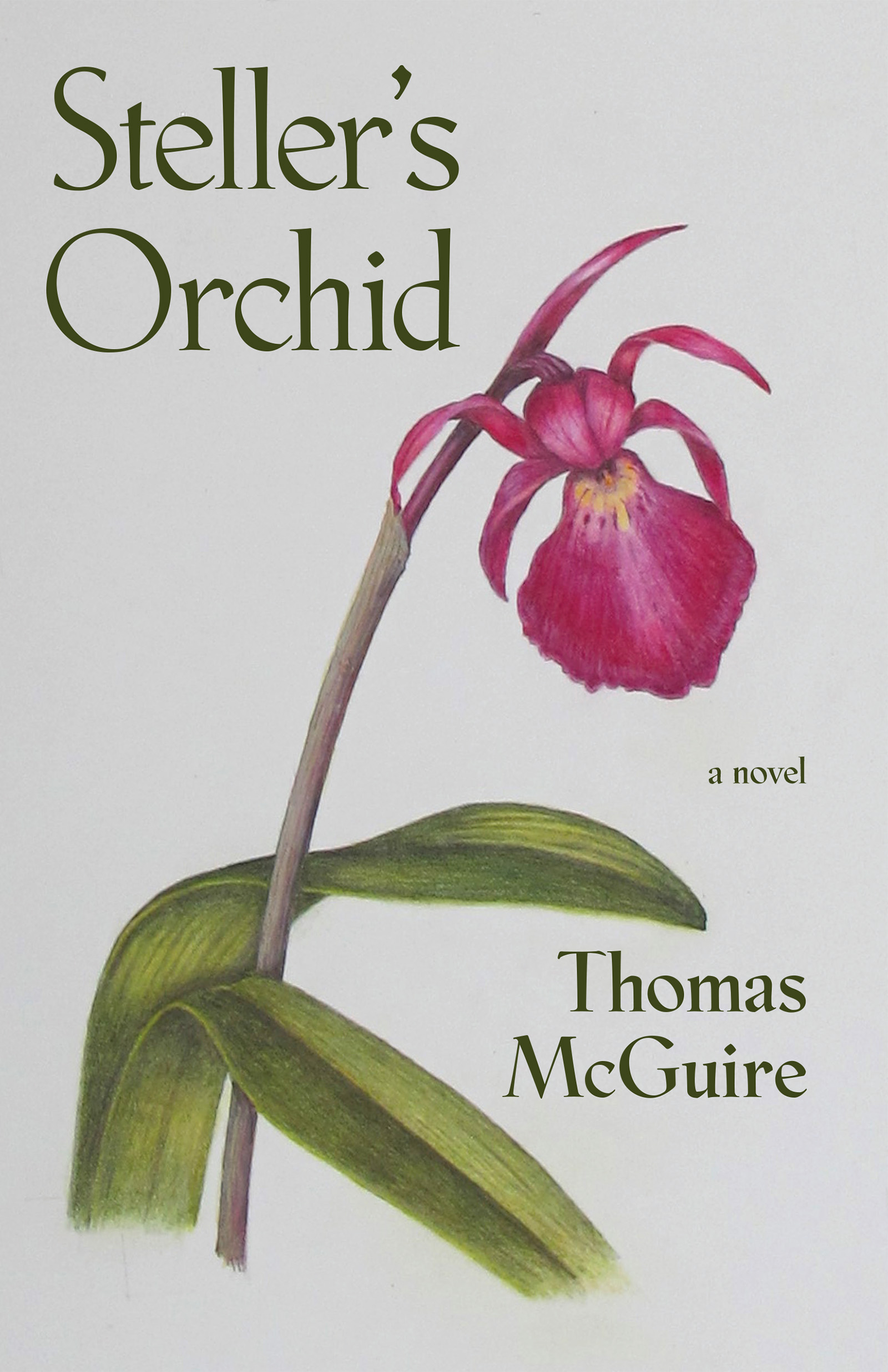