Testify is a book of elegiac interrogations of race in America; the poems reside in ambivalent spaces that seek a steady reconciliation between past and present, self and family, and faith and skepticism.

A book of elegiac ambivalence, Testify’s speaker often finds himself trapped between received binaries: black and white, ghetto and suburban, atheism and Catholicism. In many ways, this work is a Bildungsroman detailing the maturation of a black man raised in the crack-laden 1980s, with hip-hop, jazz, and blues as its soundtrack. Rendered with keen attention to the economic decline of the Midwest due to the departure of the automotive industry, this book portrays the speaker wrestling with his city’s demise, family relationships, interracial love, and notions of black masculinity. Never letting anyone, including the speaker off the hook, Testify refuses sentimentality and didacticism and dwells in a space of uncertainty, where meaning and identity are messy, complicated, and multivalent.

“In his breathtaking debut, Testify, Douglas Manuel charts the raw emotional complexities and the impossible daily reckonings that confront a young black man coming of age today in America. Faced at every turn with condescending, fixed assumptions about his ‘proper’ role in his community and culture, the speaker faces each indictment with a stunning and searing intelligence. Each powerful testimony in this collection stands as evidence of an eloquent and dramatic new voice in American poetry.”—David St. John

“In Douglas Manuel’s Testify the act of witnessing is by turns burdensome and bittersweet, narrative and lyrical, ecstatic and irreverent. Here the holy words are the ones that offer no easy epiphanies yet grant us a dazzling, off-kilter compassion and a strange, surprising grace. These potent poems testify to those ambivalent moments that might rend or right us, as when an interracial couple drive past a truck with a Confederate flag painted on its back windshield and from which a little boy turns to smile and wave: his blond hair // split down the middle like a Bible / left open to the Book of Psalms.”—Anna Journey, author of The Atheist Wore Goat Silk 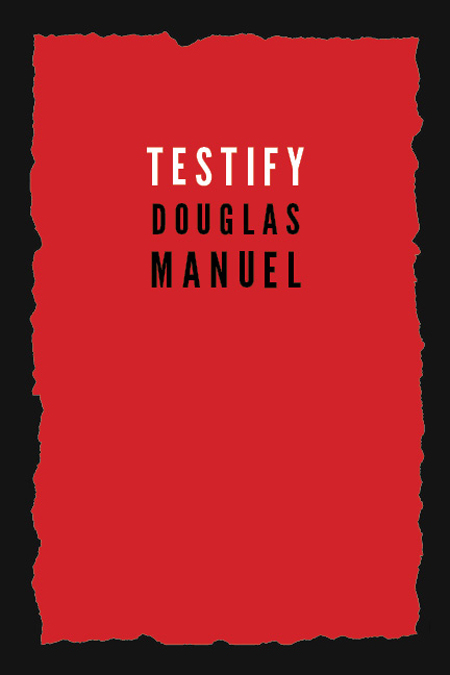 THE RUMPUS highlights conversation between Percival Everett and Douglas Manuel

WHEN THE SH*T HITS THE FAN: A CONVERSATION WITH PERCIVAL EVERETT BY DOUGLAS MANUEL April 15th, 2019 During finals week, right before the semester was over, I was given the opportunity to talk to Percival Everett about his new book, The Book of Training by Colonel Hap Thompson of Roanoke, VA, 1843: Annotated, From the Library of […]