Published in 2009 from Arktoi Books/Red Hen Press, The Heart’s Traffic is Ching-In’s debut collection of poems.

This novel-in-poems chronicles the life of Xiaomei, an immigrant girl haunted by the death of her best friend. Told through a kaleidoscopic braid of stories, letters, and riddles, this stunning debut collection follows Xiaomei’s life as she grows into her sexuality and searches for a way to deal with her complicated histories.

At times, meditation, celebration, investigation, and elegy, this is a book about personal transformation within the context of a family forced to make do—a Makeshift Family—and how one might create new language to name the New World.

“Ching-In Chen composes a book-length sequence that inventively incorporates such Western and Eastern forms as the sestina, villanelle, epistle, haibun, pantoum, and zuihitsu. ‘A girlbirth in the flanks of the zodiac, / a gift of fossilizing heat,’ she writes in this mythic, cross-cultural collection.”—Arthur Sze

“At the overwhelming crossroads, where the body, sexuality, and culture collide, you will find The Heart’s Traffic fibrillating with emotion and pumping forth the strained language that shudders off the tongue, ‘end of the intimate and divine source.’ No wonder, then, that these poems warrant such innovation of shape, direction and structure, such defiance of pleasantries and political correctness—they thrive ‘objecting to the world around them.’ Ching-In Chen has come out to unsettle the poetry stage with a debut collection that shimmers with fierceness and ‘sunslickstarfight.'” —Rigoberto González 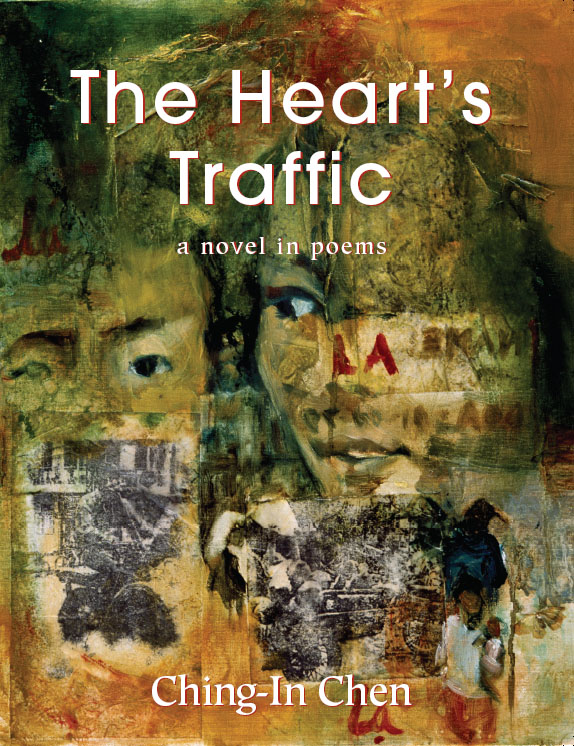 Ching-In Chen’s debut collection of poems is a sprawling and ambitious work …. I found myself admiring the book for being so satisfyingly messy, for allowing itself to sprawl and digress and experiment and explore …. I’m always glad to see identity politics become nuanced, rather than abandoned, ”since our differences don’t go away, they […]