A collection of headlong tales by Oregon author Brian Doyle–exploring such riveting and peculiar topics as chess in the Levant, tailors who specialize in holes, how to report stigmata to your attending physician, the intense hilarity of basketball, how to have a bitter verbal marital fight in your car, an all-Chinese football team in Australia, soccer and Catholicism, what it’s like to be in a ska band, a singing Korean baker, an archbishop who loses his faith between the salad and the entrée, genius Girl Scouts who save a radio station, and a baby born from a lake in Illinois. And some other fascinating stories. Really. Trust us.

“With headlong good humor, Brian Doyle–one of America’s finest novelists and catchers of brief true stories–now sings short stories in which a cast of oddball searchers and appealing lost souls challenges tradition and skewers pomposity at every turn, from the concrete courts of pick-up basketball to within the Catholic Church that Doyle so clearly loves. And that’s only what the book is about . . . Its overarching appeal rises from the richly imagined and beautifully scaped trail of words. Brian Doyle here is a big-hearted, sharp-eyed, penetrating storyteller at the very top of his game.”—Robin Cody, winner of the Oregon Book Award for Voyage of a Summer Sun

“There’s an easy mannered sorcery that will remain unnamed in these humans-of-interest stories. Though they take great care and steadily arc they also readily course through one’s consciousness and rouse–whether they’re taking tracing paper to some tightly guarded secret or simply scoring some seemingly simple act. And if you’re still refraining from picking up a ticket, get this—“The Detours” covers a ska band’s basking in the spotlight over at Club Casino. It’s practically madness.”—Mark DeCarteret of Water Street Books 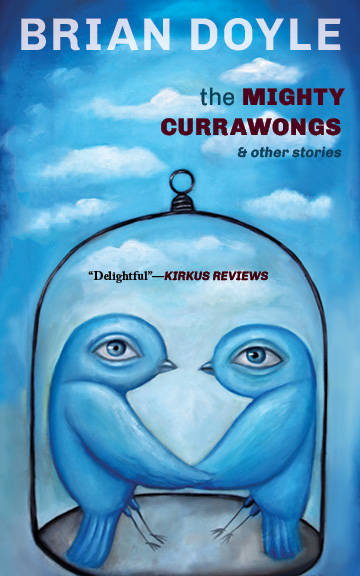 “With his mastery of language and eye for detail, Doyle’s characters always feel authentic, and their ups and downs are realistically proportioned. His gift for finding the sublime in even […]

“Delightful. . . . A nimble and very funny collection of stories from a writer who clearly values the human condition in all its myriad forms.” Check out the observant […]