B.H. James was born and raised an only child in Galt, California. He attended Catholic schools and had a dog named Pepsi. He went to Cal Poly, San Luis Obispo where he majored in Sociology, which was slightly useless as he mostly took creative writing courses. He took too long to graduate, mostly due to his preoccupation with pursuing a career in amateur rodeo. Somewhere in his late twenties, he got tired of driving to and fro throughout the country catching steers, so he took a job teaching high school English in the International Baccalaureate program in Stockton, California, finding there his two loves: teaching and his wife, Liz, a fellow English teacher. B.H. holds a Master’s of Fine Arts in Creative Writing from the University of Nebraska. It was there that Parnucklian for Chocolate, B.H.’s first novel, began to take shape. B.H. currently lives in Lodi, California with his wife and their cat named Rooster. 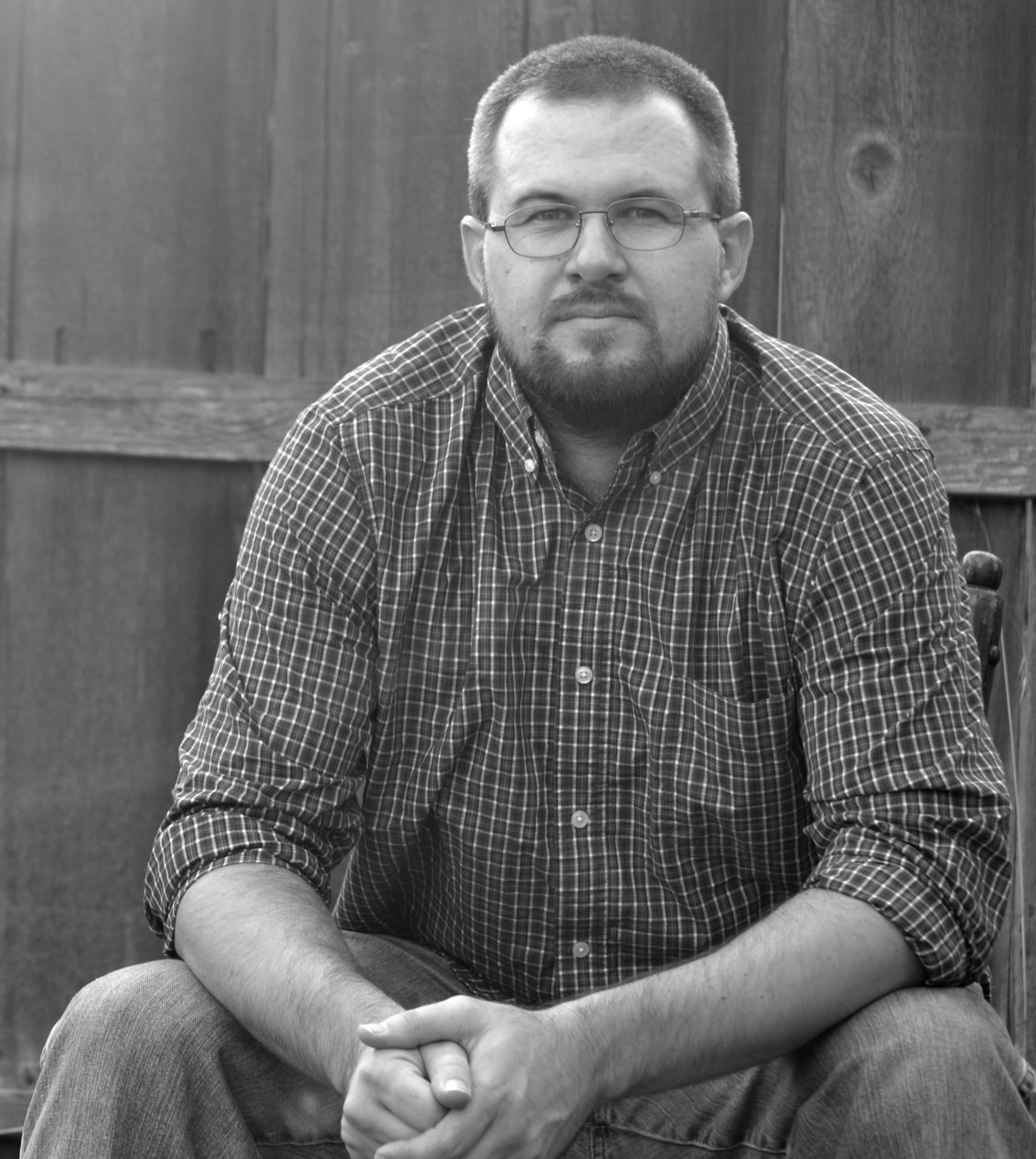 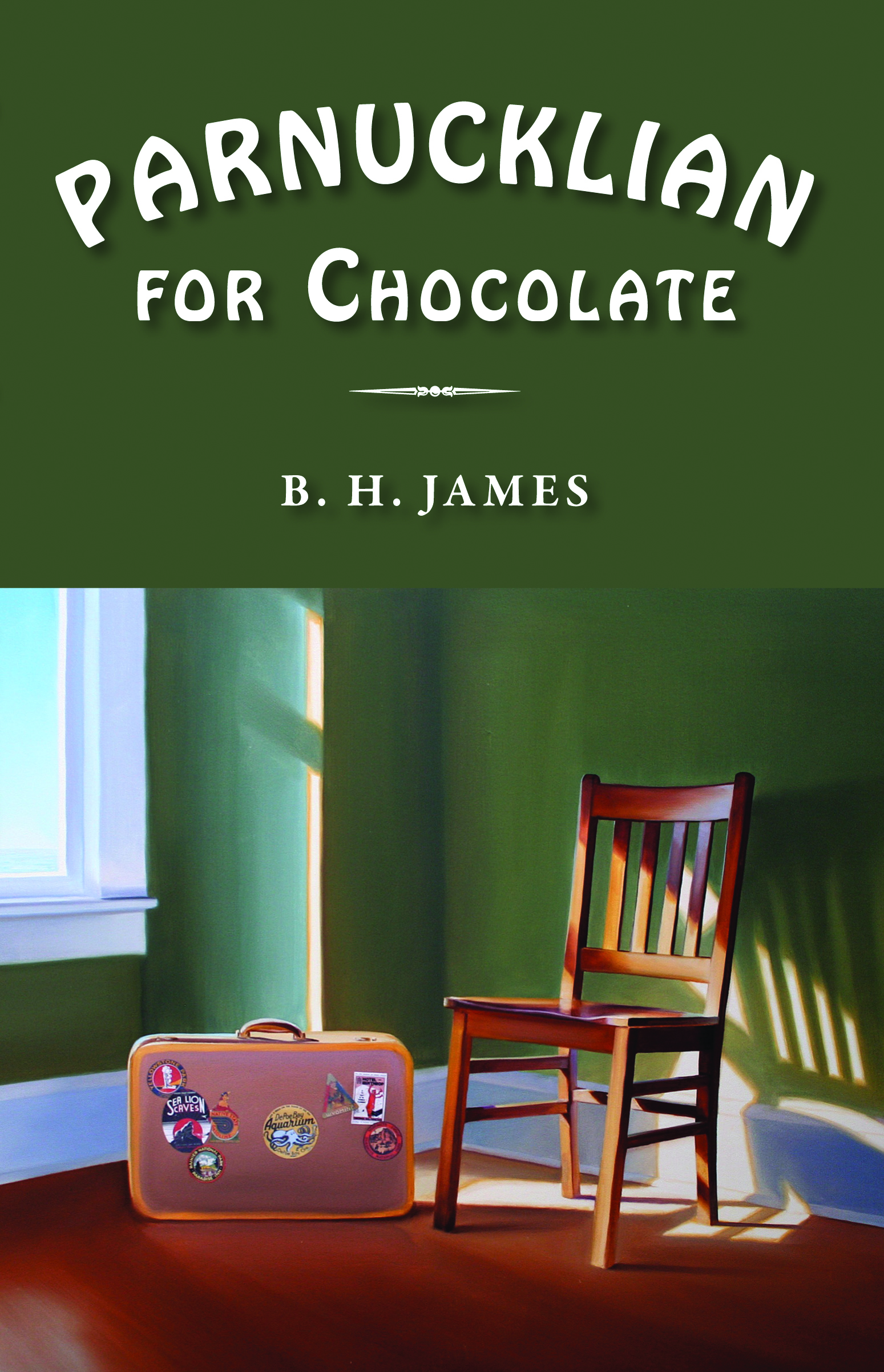 Josiah’s mother was impregnated with him during an alien abduction in her freshman year of college by the Keymaster of Gozer, a high-ranking official of the planet Parnuckle. Parnucklians, Josiah’s mother explained to him often, eat nothing but chocolate, and so too, being part-Parnucklian, would Josiah.

Three weeks before his sixteenth birthday, Josiah is allowed to leave the group home he has been living in for two years and move back in with his mother, who is about to marry Johnson Davis. When Josiah, his mother, Johnson Davis, and Johnson Davis’s daughter Bree Davis – a prematurely mature girl with her own history of parental betrayal – attempt to live together as an all – American nuclear family, the mythology underpinning all their lives comes chaotically and absurdly unspooled.

This startling, stylish, hilarious debut novel explores what happens when we realize how crazy our parents are, and how crazy we were to ever believe them. In Parnucklian for Chocolate, B.H. James has made recognizable and relatable the alien lurking at the heart of so much family life.

Praise for Parnucklian for Chocolate:

“Parnucklian for Chocolate is a hilarious, ingeniously absurd coming-of-age tale. James’s sentences are delightfully self-conscious and playful, clever but not too clever and entirely original. His characters are often foolish, even pathetic, but they nevertheless manage to deliver a powerful message: that the power of the imagination is the only thing capable of saving lives.”—Amy Hassinger, author of The Priest’s Madonna and Nina: Adolescence

“Like Chauncey Gardiner in Jerzy Kosinski’s Being There, Josiah, the teenage protagonist in B.H. James’ fantastically quirky debut novel, Parnucklian for Chocolate, is a bit of a blank slate. Raised and home-schooled by a pathological mother who tells him his father’s an alien from the planet Parnuckle, Josiah bewilderedly bumbles through psych wards, group homes, and the sexual minefields of contemporary teenagerhood with a jejune artlessness that is simultaneously disturbing and heart-rending. In hypnotically rolling prose skewered throughout with sharp wit and details, James slyly unveils Josiah’s alien and alienated perspective as a wide-eyed mirror to the minor horrors underlying suburban surfaces, a social anthropologist to the kitschy absurdities of contemporary pop culture, and an arbiter for the delusional, science-fictive nature of ‘home’ and ‘family.'”—Lee Ann Roripaugh, author of On the Cusp of a Dangerous Year

PEN Center USA recently announced the winners and finalists for their 2014 Literary Awards, and we are delighted that B.H. James' novel Parnucklian for Chocolate was selected as a finalist […]
Support Red Hen