Bradley Bazzle?’s Trash Mountain won the 2016 Red Hen Press Fiction Award, judged by Steve Almond. His short stories have won awards from The Iowa Review, New Ohio Review, and Third Coast. They also appear in Copper Nickel, EPOCH, New England Review, Web Conjunctions, and other literary journals. Bradley grew up in Dallas, Texas, and has degrees from Yale, Indiana University, and the University of Georgia, where he taught writing. He remains in Athens, Georgia, with his wife and daughter. 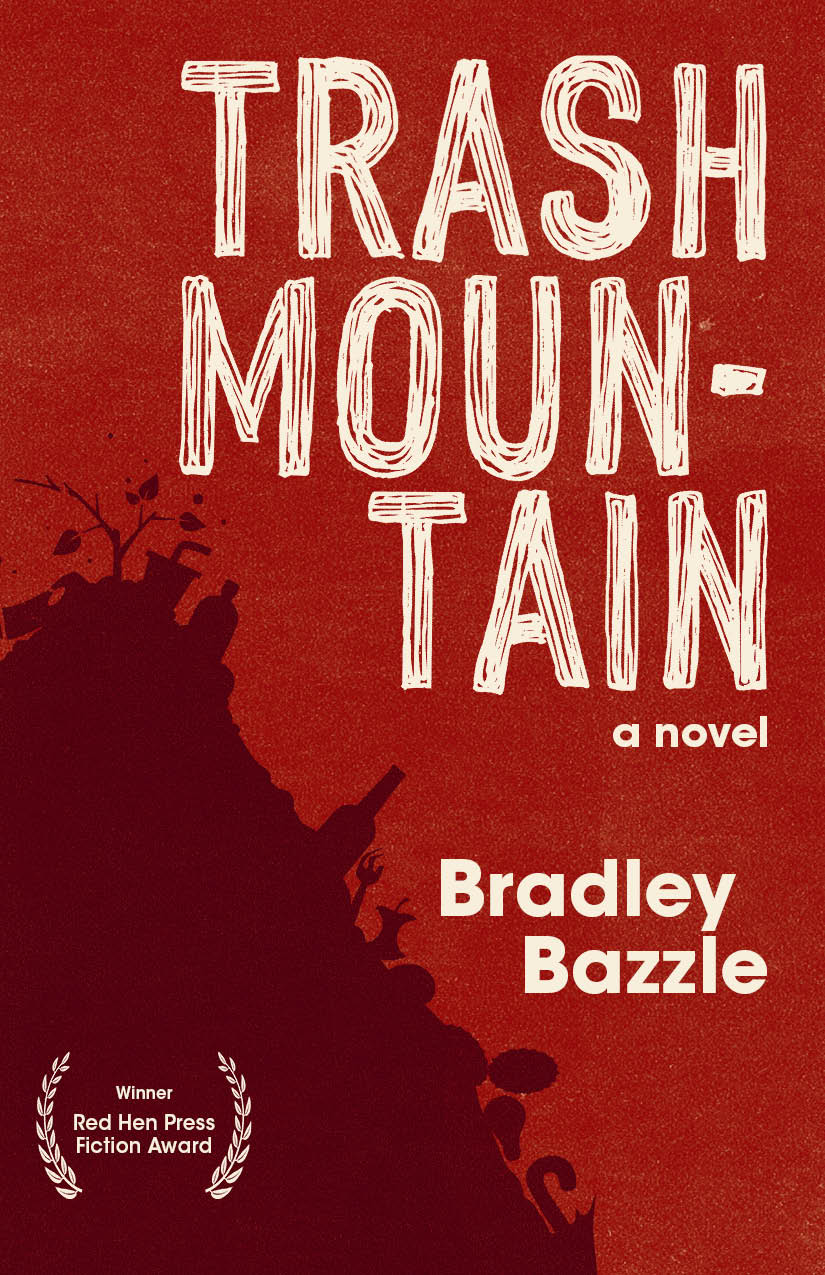 Ben Shippers doesn’t have much use for school, friends, or pretty much anyone except his smart-ass sister, but he does harbor a secret passion: Trash Mountain, the central feature of the noxious landfill next to his house, the fumes from which have made his sister ill. After a botched attempt to destroy Trash Mountain with a homemade firebomb, Ben begins a years-long infiltration operation that leads him to drop out of school to work alongside homeless trash-pickers, and then, eventually, intern at the very place he meant to destroy. Ben’s boss there, a charismatic would-be titan of sanitation, shows Ben the intricate moralities of the trash industry, forcing him to choose between monetary stability and his environmental principles. With dark humor, Trash Mountain reflects on life in small southern cities in decline and an adolescent’s search for fundamental values without responsible adults to lead the way.

“From Mark Twain to George Saunders, Bradley Bazzle’s Trash Mountain joins a long tradition of dark humor, wild inventiveness, and social satire in American letters. By turns hilarious, colorful, and strange, this affecting debut novel revels in the absurd but never strays far from the deeply felt humanity of its characters.”—Maceo Montoya, author of The Deportation of Wopper Barraza

“In Trash Mountain, Bradley Bazzle has created a perfect protagonist in Ben Shippers: peculiar yet endearing, curiouser than a cat, and ready to take on the (trashy) challenges his young life throws at him. The novel is funny and engaging, and Bradley’s concise and vivid prose guides us masterfully to its insightful conclusion. What a fine debut!”—Samrat Upadhyay, author of Arresting God in Kathmandu