Daryl V. Glenn is a graduate from the University of Wisconsin with an MA in Creative Writing; as a graduate student, he was awarded the Mae E. Gales Literary Award for short fiction. He is the winner of HEArt's (Human Equity Through the Arts) annual fiction-writing contest and has been a Pushcart Prize nominee. His fiction has appeared in a number of journals. The Girl with Two Left Breasts is his first book. 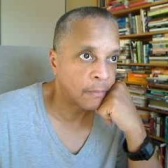 The Girl with Two Left Breasts

The stories in The Girl with Two Left Breasts focus on a new generation of African-Americans, who, having had access to the education their parents could only dream of, now face the challenges of living in an insane postmodern world. Readers will encounter stories shaped and styled for the new millennium as image and metaphor are taffy-stretched and virtually collapsed in order to depict how, at this unique juncture barely beyond our century’s turn, cultures, genders, and points of view collide as characters struggle with issues of race, identity, sex and addiction in an unforgiving urban milieu. Publisher Fiction Collective 2 calls Glenn’s work “An important new voice speaking to us throughout the stories in an array of vivid, unusual tongues, all of them full of intellect, passion and poetry. Moreover, the collection strikes one as having been written by someone whose literary sensibility is already fully formed.” This is fiction that is sometimes darkly humorous or humorously dark, deftly sidestepping facile categorization and often, like a koan, unfolding with a lyrical sort of dissonance.