DeWitt Henry was born on June 30th, 1941 in Wayne, Pennsylvania, and graduated from Radnor High School in 1959. He received an AB from Amherst College in 1963, an MA in English from Harvard in 1965, and a PhD in English, also from Harvard, in 1971. DeWitt completed requirements for an MFA from the University of Iowa in 1968, but did not take the degree. He married Constance Sherbill in 1973 and they had two children: Ruth Kathryn Henry, born 1977; and David Jung Min Henry, born 1985. He is the founding editor of Ploughshares literary magazine, and was the active editor and director from 1971 to 1995. He acted as Interim Director of Ploughshares from June 2007 to October 2008. He has been a professor in the Writing, Literature, and Publishing Department at Emerson College since 2006, but took sabbatical leave in spring 2009. 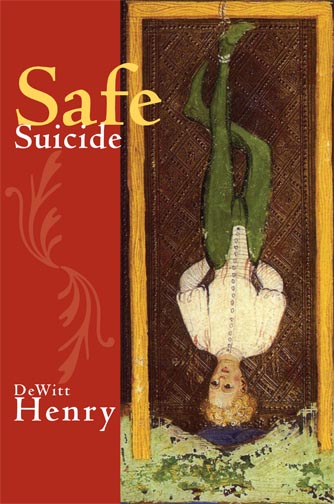 Against a background of suburban Philadelphia in the 1950s, and the family secret of his father’s alcoholism, Henry comes of age as the youngest of four children. He rejects his father’s course in managing the family chocolate factory, and goes on to college, becoming a writer and teacher. When Henry marries, and becomes a father himself, he is impacted by the social revolutions of the 1970s, and struggles to avoid his father’s flaws. He leads a literary life in Boston, founds the literary magazine Ploughshares, and befriends novelist Richard Yates. During the 1980s, Henry suffers the deaths of his parents, infertility, rejections of his work, and setbacks in his teaching career. In the 1990s, while his daughter and adopted son are swept up into trials of adolescence and young adulthood, and as his wife grieves the deaths of friends and family, Henry confronts a spiritual abyss similar to his father’s, and learns to surrender to life, to love, to aging and mortality.

By turns lyrical, quirky, confessional, and experimental in form, Henry’s essays build into an affirming and generous vision. While addiction, the uses of imagination, a passion for literature, and issues of heart and soul are key motifs, a bungee jump becomes Henry’s central metaphor: “isn’t this life? isn’t this art? We live and trust in our safe suicides.”

In a previous post called Blogging and the Memoir Community I promised to review DeWitt Henry’s memoir called Safe Suicide because he was the first published author who found me through this blog. Here goes, DeWitt. Hope you come back to read this little review. Safe Suicide has an internal subtitle which describes its structure […]