Irene McKinney is the recipient of a National Endowment for the Arts Fellowship in Poetry and two West Virginia Commission on the Arts Fellowships in Poetry. She is the author of five books of poetry: The Girl with a Stone in Her Lap (North Atlantic 1976); The Wasps at the Blue Hexagons (Chapbook, Small Plot Press 1984); Quick Fire and Slow Fire (North Atlantic 1988); Six O'Clock Mine Report (University of Pittsburgh Press 1989), and Vivid Companion (West Virginia University Press 2005). She edited the anthology Backcountry: Contemporary Writing in West Virginia (West Virginia University Press, 2002), and has held fellowships at McDowell Colony, Virginia Center for the Creative Arts, and Blue Mountain Center. She was appointed Poet Laureate of West Virginia in 1994. Recent poems have appeared in American Voice, Artful Dodge, Arts & Letters, Kenyon Review, Confluence, South Dakota Review, Kestrel, Poetry Northwest, Clackamas Literary Review, Georgia Review, Washington Square, Shenandoah, Southern Poetry Review, and others. She has been writer-in- residence at Western Washington University at Bellingham, the University of New Mexico at Albuquerque, University of California at Santa Cruz, and Hamilton College. She does a weekly commentary on National Public Radio. Her poems have been featured three times on Garrison Keillor's Writer's Almanac and on Verse Daily. She is professor emerita of West Virginia Wesleyan College. 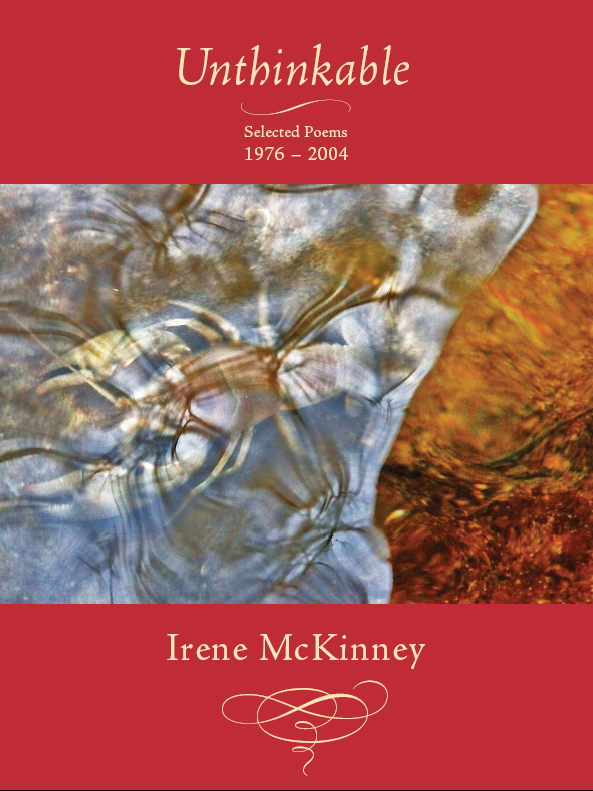 Irene McKinney’s work of three decades is represented here. Her language is direct, vernacular, forceful, and unmistakable. These poems are directed to a listener, not overheard, in a tone and with a stance of honest intimacy. These poems occur in the rhythm of speech, not of written discourse. From the beginning, McKinney has been aware of the modulations of the spoken voice, and much of the power of these poems derives from that awareness. Her themes are the ancient ones: connections with the land, with animals, with other people, with loss, with joy. Her work should be seen in the context of such poets as Denise Levertov, Wislawa Symborska, or Ruth Stone, who worked in a tradition of independent spirit powered by clarity, compassion, and a willingness to take unpopular stances. These poems are rooted in a consciousness that draws on a wide range of poetic and spiritual traditions, but there is a remarkable consistence of concerns over these three decades.