He has edited the books Crossing the Rubicon: The Decline of the American Empire at the End of the Age of Oil by Michael C. Ruppert, and Someone Would Have Talked: The Assassination of President John F. Kennedy and the Conspiracy to Mislead History by Larry Hancock. From 2003 to 2006, Jamey Hecht covered Peak Oil and geopolitics as senior staff writer at www.fromthewilderness.com, and has taught literature at a dozen colleges. His PhD is from Brandeis, where he wrote on Hart Crane and Dylan Thomas. 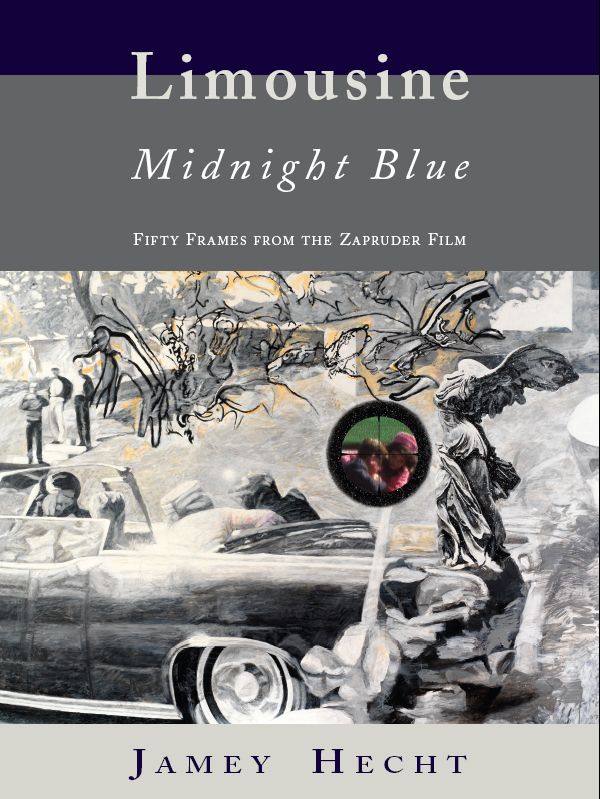 This sequence of fifty 14-line poems uses the Zapruder Film of President Kennedy’s murder as a prism through which to view America and the world. Refracted rays touch on crime and punishment; guilt and responsibility; charisma and love; the dying victim’s experience during the stretched-out seconds of his violation and death; and the dark world of war profiteering, narco-traffic, and deceit where the facts of power determine history. Epic tradition (e.g., Homer, Dante, Milton) shares these pages with science, religion, and popular culture, now funny and now horrifying. Limousine, Midnight Blue is a haunted book about a haunted film of an event whose hungry ghosts still walk the American unconscious, rattling their chains louder every year.

“As with all of the best books of poems, read it until it is wrecked.”