Jeffrey Lamar Coleman grew up in Gaffney, South Carolina, and is an associate professor of English at St. Mary’s College of Maryland. He received a BA in communications from Winthrop University, an MFA in creative writing from Arizona State University, and a PhD in American studies from the University of New Mexico. His poetry and essays have appeared in several publications, including Delaware Poetry Review, Brilliant Corners: A Journal of Jazz and Literature, Blue Mesa Review, Critical Essays on Alice Walker, Rattle: Poetry for the 21st Century, Black Bear Review, and the Journal of Social and Political Thought. He lives in St. Leonard, Maryland, with his wife, Ynez, and two children, Nadia and Javier. 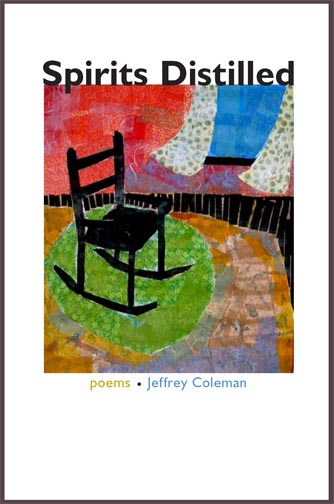 This debut collection of forty-five poems explores a range of subjects, including the 1998 dragging death of James Byrd, Jr., former Yugoslav president Slobodan Milosevic, September 11, the war in Iraq, and the Abu Ghraib prison scandal.

The collection also contains poems about the 2001 massacre of Nepal’s royal family, people living with AIDS, the Confederate Flag issue in South Carolina, and the influence of Gwendolyn Brooks and James Baldwin.

“This new work by Jeffrey Coleman fixes on something that can’t be easily described—sudden and ever-freshening combinations of emotion and language raising an imagery of extra meaning that has always been the secret of poetry. These are poems you have not read before, spoken in voices at once novel and complexly sedentary as in a moon geology. The literal courage of this work is inseparable from the first caliber of mind.” — Norman Dubie