Joan Nockels Wilson is a writer and lawyer. A native of Chicago and a forever-learner, she has studied at Northwestern University; University of California, Berkeley; Lewis and Clark College; and the University of Alaska. She holds a Master’s of Fine Arts in creative nonfiction, is a Rasmuson Foundation Individual Artist award winner, and is a member of the Breadloaf community of writers. Her work has appeared in literary journals and audio shows, most recently Cirque and Arctic Entries. She lives with her husband, daughter, and a vizsla named Vivian in Anchorage, Alaska. This is her first book. 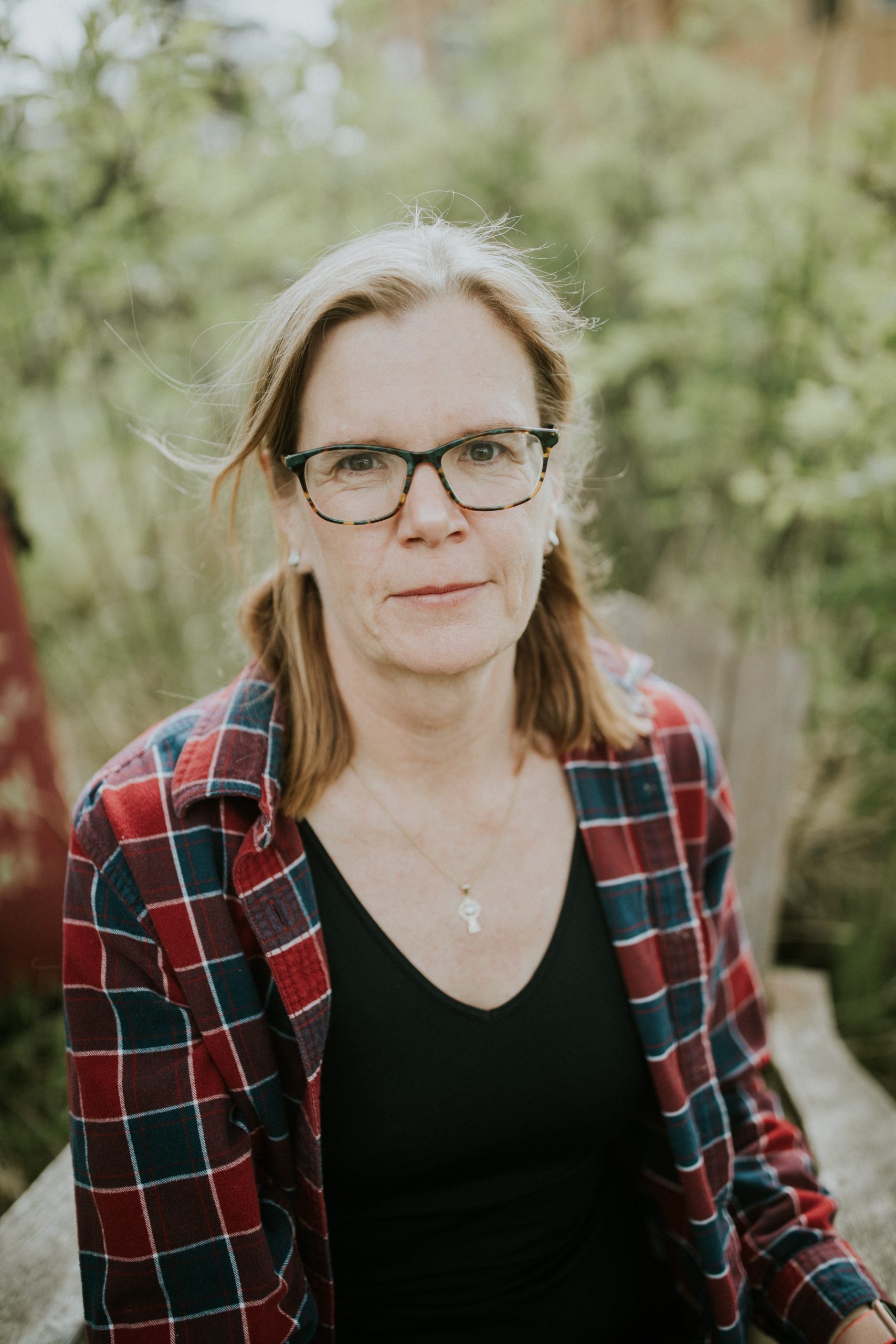 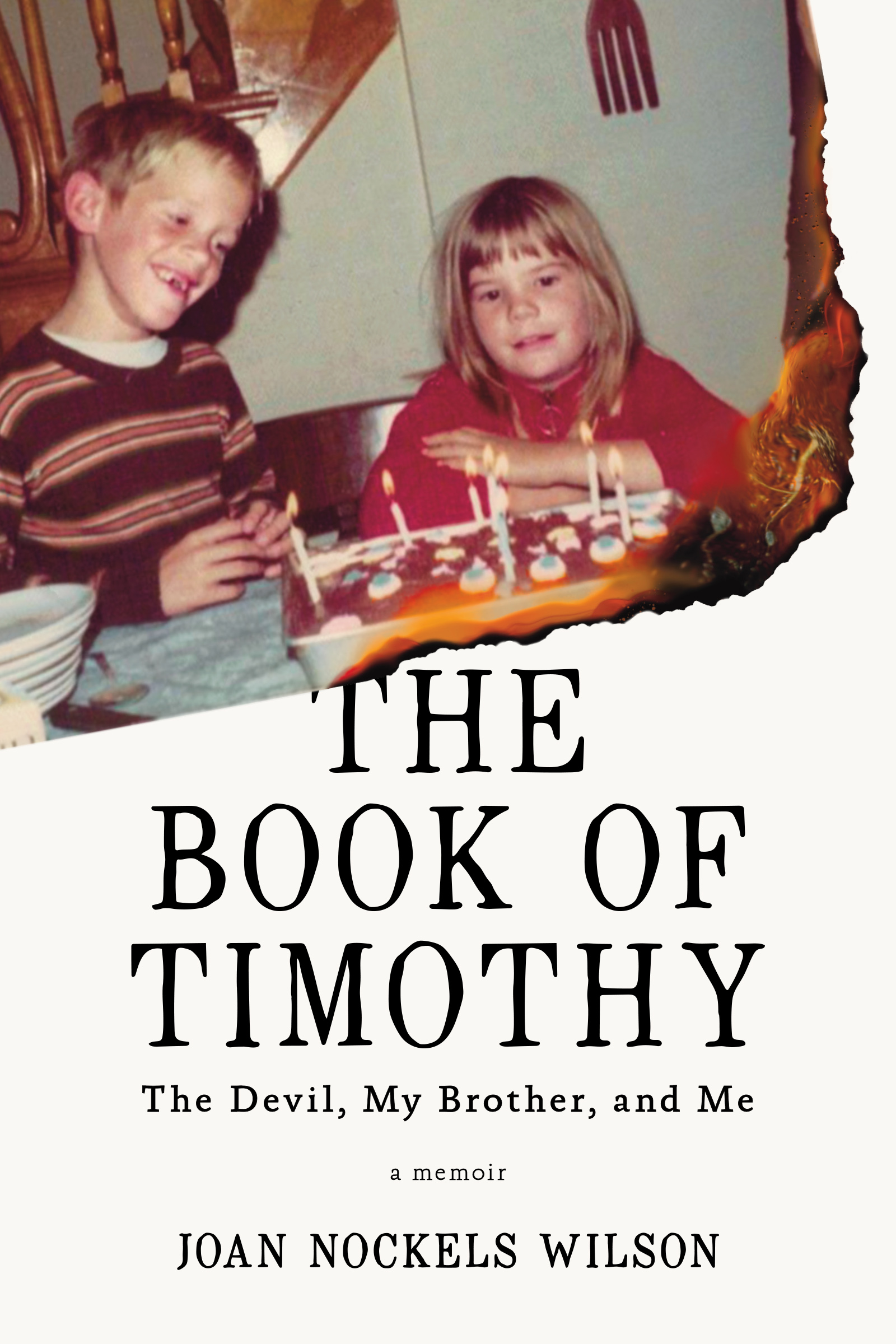 The Book of Timothy

Like Mark Doty’s Heaven’s Coast, The Book of Timothy: The Devil, My Brother, and Me weaves a lyric voice into a difficult subject matter; in this case, a sister’s attempt to extract a confession from the Catholic priest who abused her brother. When the legal system fails, is restorative justice still possible?

Set in Rome, Chicago, and Anchorage, and spanning thirty years from crime to confrontation, The Book of Timothy: The Devil, My Brother, and Me recounts in lyric movements a sister’s journey, partly through trickery, but eventually through truth, to gain a long-absent admission from the priest who abused her brother. While on that journey, Nockels Wilson, a former prosecutor, confronts not only the priest, but her personal quest for vengeance. She further seeks an understanding of how the first Book of Timothy, the work of St. Paul, contributed to the silencing of women in her once loved Catholic Church. This Book of Timothy promises to take the reader on a quest for justice and down a path of unexpected coincidences that ends where it first began: out of a great love for a brother and in the power of first memory.

Prosecutor, marathoner, and heartbroken sister Joan Nockels Wilson combines investigatory skills, endurance, and a thirst for answers—possibly even revenge—in a harrowing quest to track down and confront the priest who molested her brother. Wilson’s stunning memoir succeeds on multiple levels, evoking a Chicago childhood steeped in firefighting lore, the Cubs and Catholic ritual, while also transporting us to modern-day Rome and the Vatican, places rich in beauty and hypocrisy. Some books are disturbing, yet should be read regardless. This one equally unnerves and uplifts, using both pathos and dark humor to illuminate the plight of a writer dedicated to family, complex faith, and the tireless pursuit of understanding.
—Andromeda Romano-Lax, author of Annie and the Wolves

“Searching, righteous, uncompromising—this is a powerful tribute to a brother’s courage, a sister’s perseverance. In the end, The Book of Timothy transforms into a book of redemption.”
—Alison Smith, bestselling author of Name All the Animals: A Memoir

“Joan Wilson’s two feet on the ground, spiritual journey towards a hard-won compassion begins as a quest for revenge and becomes something else, which I want to call grace. This is an important story for victims of abuse, first by priests then, in its failure to protect children, by the Catholic Church itself. It’s an important story, and I’m grateful to Joan Wilson for telling it.”
—Beverly Donofrio, bestselling author of Riding in Cars With Boys: Confessions of a Bad Girl Who Makes Good

“The Book of Timothy is one of the hardest stories I’ve ever been privileged to read. Since it must have been an even harder one to write, Joan Wilson deserves great applause for ushering her readers so gently, yet fiercely, through its many layers.

“A warrior on behalf of her beloved younger brother, Tim, who was, for several years, sexually abused by her family’s Catholic priest, Joan, the lawyer, ushers his case through unwelcoming efforts to find legal remedies. But it is Joan, the sister, who understands what it will take for Tim, and for herself too, to reach some version of peace. And it is Joan, the warrior, who travels to Rome to seek out and confront the criminal priest given shelter at the Vatican by church authorities doing everything possible to evade responsibility.

“This story shines a light, rarely seen, on deep sibling love. It also examines the rarely examined consequences, to a whole family, of sexual abuse specifically perpetrated by a spiritual mentor—consequences that leave this author in a deep conflict with the church in which she was raised. She had always, previously, trusted that church to provide support through such trials of the soul, but in this case she can trust only herself, all the way to Vatican City. “—Judith Barrington, author of Lifesaving: A Memoir

“Partly a crusade for justice, partly an exploration of Catholic theology and history, and in all ways the soul of a determined, loving, faithful sister, Joan Nockels Wilson’s memoir The Book of Timothy will remain in your heart forever.” —Jo-Ann Mapson, author of Hank & Chloe, Solomon’s Oak, and Owen’s Daughter

Joan Nockels Wilson is a guest on Speaker’s Forum!

This episode of Speakers Forum centers around three very different experiences of childhood sexual abuse. However, all three guests consider the responsibility of caregivers to prevent abuse and the difficulty of demanding justice decades after the crime. ‘I wish I could have told him, scream, and then scream louder, I’m here, and we will bring […]

Joan Nockels reads a preview of her upcoming book THE BOOK OF TIMOTHY: THE DEVIL, MY BROTHER AND ME!

Joan Nockels Wilson gives a brief reading of her new memoir, coming out in November, for her MFA Program at University of Alaska.

The Book of Timothy by Joan Nockels Wilson and Everything Never Comes Your Way by Nicole Stellon O’Donnell were featured as favorite books of 2021 by Anchorage Daily News!

Anchorage Daily News book reviewers Nancy Lord and David James present, in no particular order, the 2021 works — including fiction, nonfiction and graphic novels — that they found most memorable and meaningful.

THE BOOK OF TIMOTHY Featured in New York Journal of Books!

“Wilson has created a panoramic saga of cruelty, injustice, loyalty, and devotion. This is a heartbreaking, loving, moving story told by a sister, daughter, mother, woman who demands and deserves to be heard.”

Sexual abuse of children by clergy is once more in the news. Last month, a new report estimated that some 330,000 French children were abused by Catholic clergy and other authority church figures dating back to 1950. This first accounting by France of a global scandal found that at least 3,000 French priests abused children […]

THE BOOK OF TIMOTHY Reviewed in New York Journal of Books!

“Wilson has created a panoramic saga of cruelty, injustice, loyalty, and devotion. This is a heartbreaking, loving, moving story told by a sister, daughter, mother, woman who demands and deserves to be heard.”