Lesley Wheeler is a poet and professor born in New York, raised in New Jersey, and residing in Virginia since 1994. Wheeler’s books include The Receptionist and Other Tales (Aqueduct, 2012); Heterotopia (Barrow Street, 2010), Heathen (C&R, 2009); Voicing American Poetry: Sound and Performance from the 1920?s to the Present (Cornell, 2008); The Poetics of Enclosure: American Women Poets from Dickinson to Dove (Tennessee, 2002); and the chapbook Scholarship Girl (Finishing Line, 2007). With Moira Richards, Rosemary Starace, and other members of a dedicated collective, she coedited Letters to the World: Poems from the Wom-po Listserv (Red Hen, 2008). 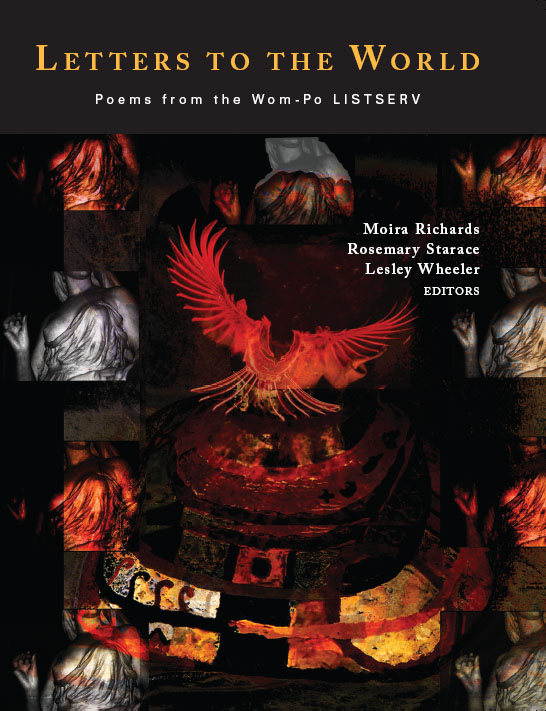 Letters to the World: Poems from the Wom-Po listserv

Letters to the World is the first anthology of its kind-a feminist collaboration born from The Discussion of Women’s Poetry listserv (Wom-po), a vibrant, inclusive electronic community founded in 1997 by Annie Finch. With an introduction by D’Arcy Randall and brief essays by the poets themselves reflecting on the history and spirit of the listserv, the book presents a rich array of viewpoints and poems. Letters to the World is a remarkable example of how the Internet has radically rearranged associations among poets, editors, and readers.