Marc Kaminsky is a writer and psychotherapist in private practice. His books of poetry include The Road from Hiroshima (Simon and Schuster 1984) and A Table with People (Sun 1982). His books on aging and the culture of Yiddishkeit include The Uses of Reminiscence (Routledge 1984). He collaborated with Deena Metzger in co-editing Stories as Equipment for Living: Last Talks and Tales of Barbara Myerhoff (University of Michigan 2007). 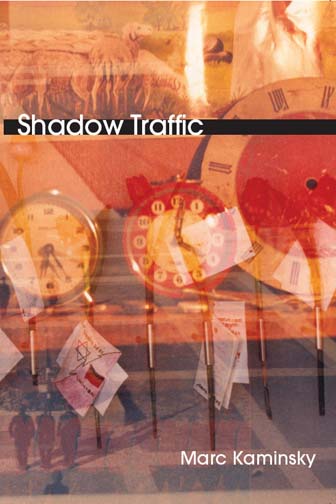 The poems and stories in Shadow Traffic are a meditation on living in the aftermath of trauma. Migrating between disparate countries of memory, the pieces collected here permit writer and reader to travel through the Bronx of Kaminskys childhood in the late 1940s and early 1950s; the Romanian town of Kostitchan, whose history during the Holocaust cast its long shadow on his family; the inspiring and blood-drenched year 1968; a checkpoint during the first intifada; the office in Brooklyn where, as a psychotherapist, Kaminsky accompanies the invisible guests his patients stories invoke and release.