Mark Salerno was born in New York City in 1956. Over the last twenty years, his work has appeared in such magazines as Chicago Review, Denver Review, Exquisite Corpse, First Intensity, Jejune (Czech Republic), Skanky Possum, sub-TERRAIN (Canada), Talisman, and Zyzzyva. He is the author of Hate (96 Tears Press 1995) and Method (The Figures 2002). From 1993 to 1999, he edited Arshile, one of the most highly regarded literary magazines of its time. He lives in Los Angeles. 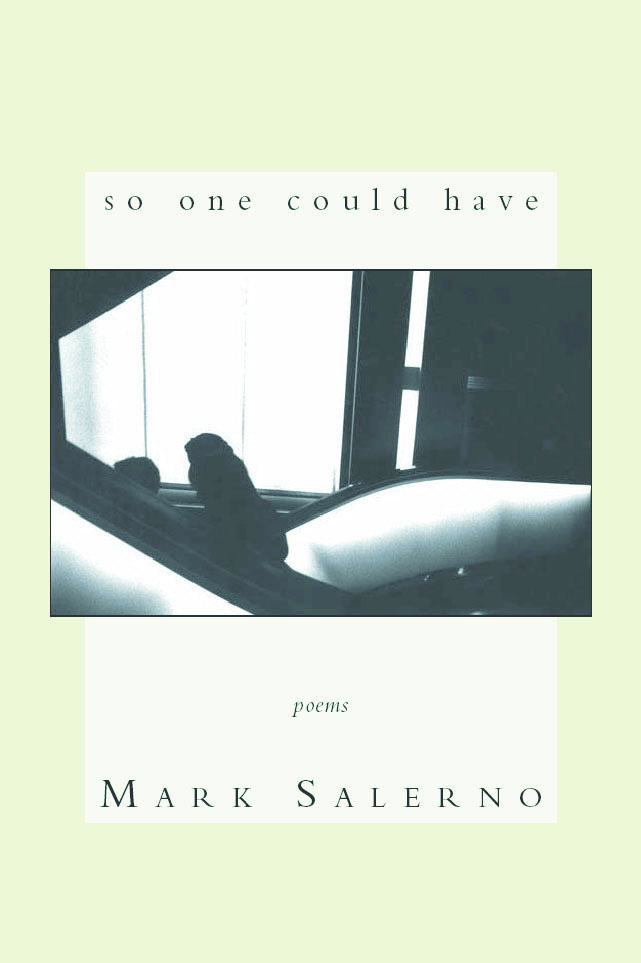 So One Could Have

In So One Could Have, Mark Salerno investigates the tension between memory and desire without ever resolving “matters” into pat answers. He wants to know, as we do, what we think about how we feel and, as importantly, how we feel about what we think. While this is serious work, an antic wit and deep intelligence keeps these poems from taking themselves too seriously. They are alive and are here to remind us that, as always, being so is the point.