Matty Layne Glasgow is the author of the poetry collection deciduous qween, selected by Richard Blanco as the winner of the Benjamin Saltman Award and forthcoming from Red Hen Press in 2019. He was runner-up for the Missouri Review’s 2017 Jeffrey E. Smith Editors’ Prize and finalist for Nimrod’s 2018 Pablo Neruda Prize. His poems have been nominated for the Pushcart Prize and Best of the Net anthologies and appear in the Missouri Review, Crazyhorse, Collagist, BOAAT, Muzzle, and elsewhere. He lives in Houston, Texas where he teaches with Writers in the Schools and adjuncts his life away. 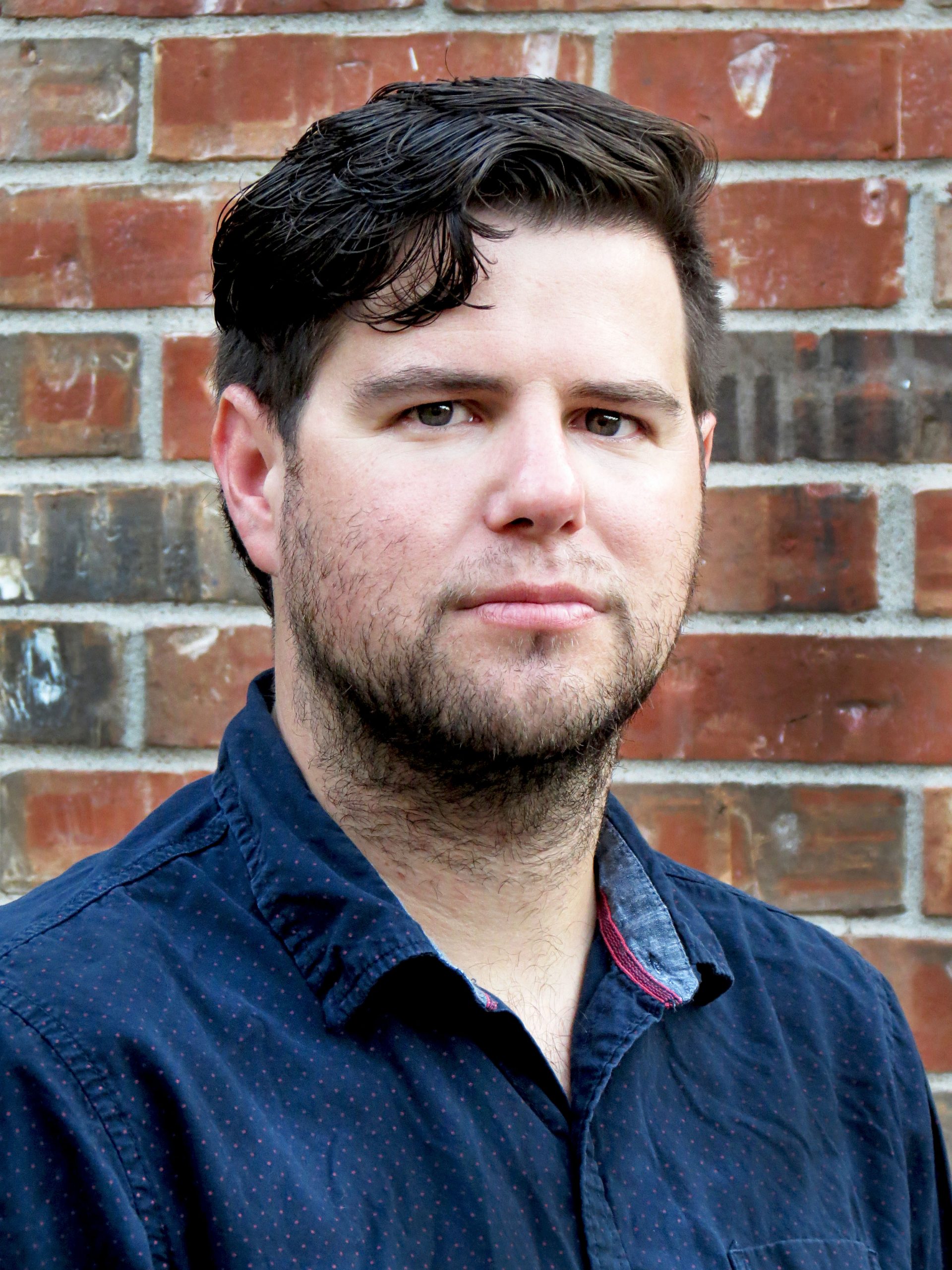 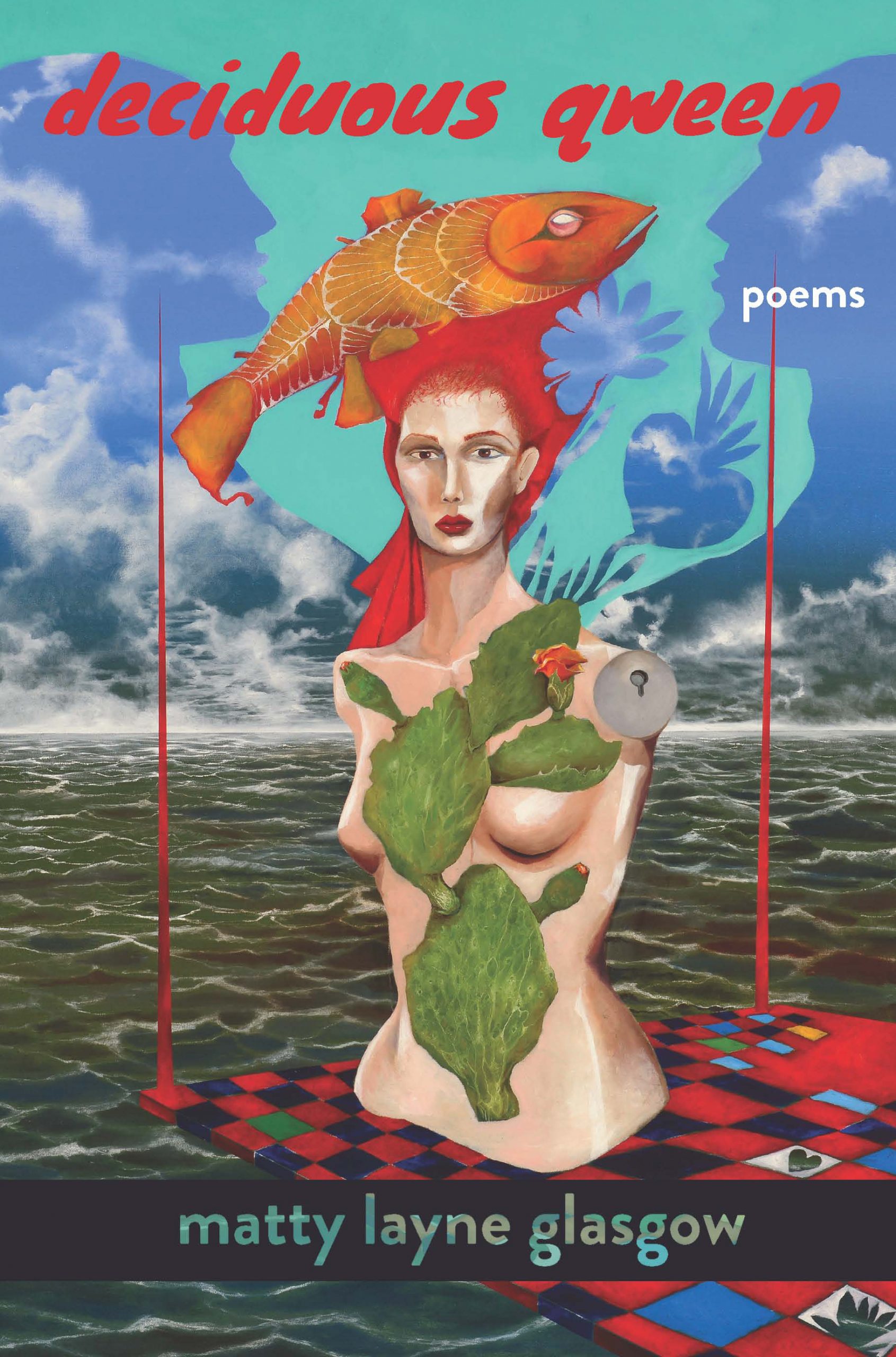 Trees are queer magic; just look at those queens.

Through the creaking of bedazzled branches and the soft rustle of jeweled leaves, deciduous qween explores the queer world all around us—how we, like our environment, wear and shed different identities in our performance as human, as drag queen, as ancient tree. This collection reveals in the natural world those ephemeral moments which reflect our own truths and confront our fear of death, of loneliness, and of failure. With an air of Southern Gothic mysticism, the poet reflects on a childhood spent in Houston’s bayous, an adolescence rife with curiosity and shame, and a young adulthood marred by the loss of his mother. How do our bodies and minds find equilibrium as we learn to let go, yet long to remember? The title poem, “deciduous qween, I–V,” binds the collection in a five-part sequence, pondering those things that are lost in the seasons of our lives: teeth, antlers, body, shape, and leaf. And it’s those sharp edges of loss and the scars they leave behind that linger here, like bark stripped from a swaying willow, or a family bereft of its matriarch.

The Texas of Matty Layne Glasgow’s deciduous qween is big, teased out, and sequined, but it is also parched, prickly with violence and grief, and fire-gutted, its aspens “all char-soaked & done up with ash.” In poems as deft as they are refreshingly unguarded, Glasgow queers nature itself, revealing the possibilities in the landscape to be as complex and limitless as those of the self: “There’s a buzz in the air. / It’s the world unzipping.”—Maggie Smith, author of Good Bones

“Rooted in ache and wonderment, deciduous qween by Matty Layne Glasgow is a dazzling queer catalog of loss and gain. The death of a singular mother kindles the empathic imagination of the speaker. Trees, like drag queens, preen and sparkle. Those marginalized by society are seen and heard. Pop culture clarifies desire. Glasgow’s command of craft is impressive. The images are precise and sensual, the lines are musical, and he pours language into eye-catching forms. The dexterity with language is matched by emotional acuity. Vulnerability, brashness, grief, and astonishment leap off the page. deciduous qween is a marvelous and inventive debut.”—Eduardo C. Corral, author of Slow Lightning