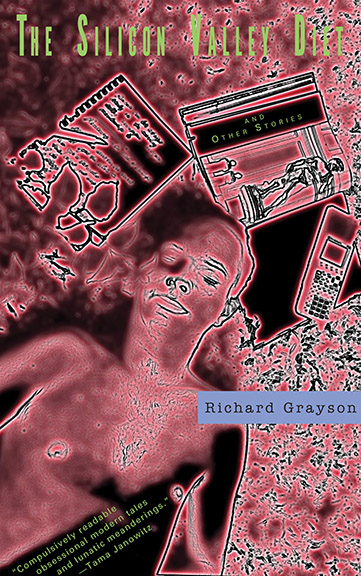 Silicon Valley Diet and Other Stories

The bassist in a gay punk band reflects on his troubled relationship with the band’s guitarist/singer. In the wake of the Matthew Shepard murder, a Wyoming ranch manager conceals his affair with another man. A young African American breaks up with his white boyfriend at a series of dinners at Cuban-Chinese restaurants. The attempt to repeal a gay rights ordinance divides a Southern college town. And in the title story, a downsized computer engineer tutors a gay Vietnamese immigrant in pop culture, cyberspace, and weight loss—only to learn a vital lesson about American life circa Y2K. Welcome to the world of Richard Grayson, the writer Newsday called “convulsively inventive” and Kirkus Reviews found “oddly charming.” In The Silicon Valley Diet, his ninth collection of short stories, Grayson zeroes in on gay baby boomers and Gen Xers making their way in a wired world.