Sarah Goodyear has written for the Village Voice, Time Out New York, Ms. Magazine, and many other publications. View from a Burning Bridge is her first novel. She lives in Brooklyn, New York, with her family. 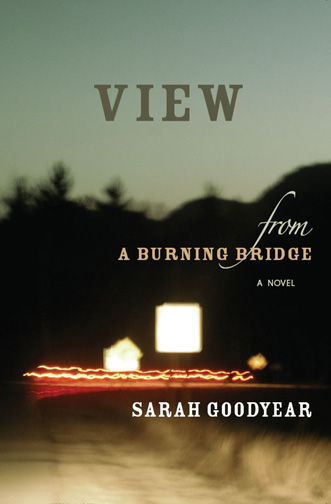 View from a Burning Bridge

Freefalling from a scandal of her own making, reporter Frances Treadwell only thinks she has hit bottom when she finds herself alone and out of work in her ancestral farmhouse in Maine. Soon after she arrives, a meteorite crashes to earth in the woods behind her house, igniting a firestorm of malicious chatter among locals who suspect Frances is somehow connected to a larger, more sinister phenomenon. Caught between a petty criminal she can’t resist and a pair of unlikely suitors, Frances watches in horror as the events turn from near farce to life-shattering, irreversible tragedy.

Sweetly sexy, miserably funny, and a little scary, View From a Burning Bridge is an enthralling debut novel from a natural heir to Flannery O’Connor and Shirley Jackson.