Steve Bassett was born, raised, and educated in New Jersey before joining the dwindling number of itinerant newsmen roaming the countryside in search of just about everything. Stints as a featured reporter with newspapers in New Jersey, Illinois, and Salt Lake City were followed by Associated Press assignments in Phoenix and finally as Special Urban Affairs writer in San Francisco. Then came CBS television news, three Emmy Awards for his investigative documentaries, and the prestigious first Medallion Award, presented by the California Bar Association for “Distinguished Reporting on the Administration of Justice.” Along the way he found time to author The Battered Rich (Ashley Books), exposing seldom discussed but widespread marital abuse among the affluent. He lives in Placitas, New Mexico. 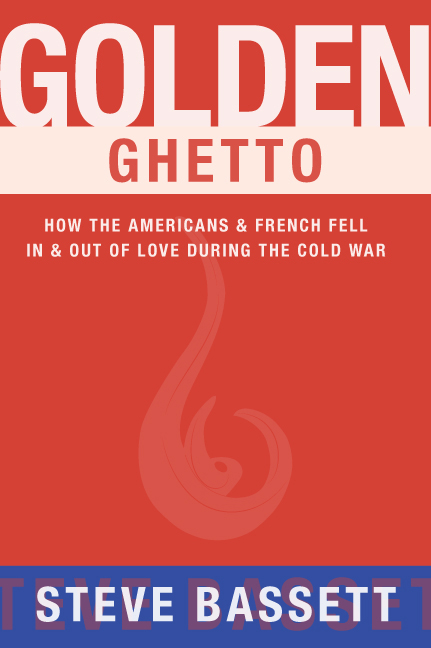 Golden Ghetto: How the Americans & French Fell In & Out of Love During the Cold War

Considering the suspicions, jealousies, bigotry, and crass opportunism inherent whenever one foreign power occupies another, Golden Ghetto: How the Americans and French Fell In and Out of Love During the Cold War pieces together an improbable tale of how fear and skepticism were crushed by trust and friendship. Award-winning journalist Steve Bassett stumbled onto this story shortly after he and his wife purchased a home in Sainte Colombe in Central France. They heard countless, somewhat mystical tales about how a huge U.S. Air Force base transformed the political, economic, and social lives of two French and American generations lucky enough to grab on to the base’s brass ring. If ever a U.S. military base deserved the sobriquet “Golden Ghetto,” it was the Châteauroux-Déols Air Station (CHAS), which for sixteen years during the height of the Cold War was considered one of the most desirable postings in the world, until Charles de Gaulle booted the Americans and other NATO military out of France and the Golden Ghetto was padlocked. Based on hundreds of hours of research and interviews, Golden Ghetto is a collective memoir, a first-ever look at life on an overseas base from the perspectives of both the occupied and occupier. Professional and amateur historians as well as casual readers will be enthralled by this bird’s eye view of how early Communist-driven distrust and paranoia never stood a chance against handshakes, smiles, and kisses.

“As the only American who has tackled the task, Steve Bassett, in his book Golden Ghetto, has provided a one-of-a-kind insight into the sixteen-year life of an extraordinary air station closed by Charles de Gaulle’s imperial edict. I found it fascinating reading and an accurate portrayal of a military life that will probably never be seen again.”—Air Force Major General John Riddle (Ret.)

“Excellent writing, excellent character development which brings the story to life. Strong theme that’s personally interesting to me, having seen several Japanese cities rise out of the ashes and turn into big industrial centers with this help of Uncle Sam. Golden Ghetto’s complex prism provides a rare snapshot of Cold War realities faced by more than 20 million men and women who served overseas. It more than deserves a place in the current celebrity driven publishing world.”—Pete Noyes, author of The Real L.A. Confidential