Vivian Faith Prescott is a fifth generation Alaskan, born and raised on the small island of Wrangell in Southeastern Alaska. She’s the founding member of Blue Canoe Writers in Sitka and Flying Island Writers and Artists in Wrangell, Alaska, with an emphasis on mentoring Indigenous writers. Vivian lives at Mickey’s Fishcamp, her family’s fishcamp in Wrangell. She holds an MFA in poetry from the University of Alaska and a PhD in Cross Cultural Studies from the University of Alaska Fairbanks. Her stories and poems have appeared in a variety of literary journals and anthologies including Cold Flashes: Literary Snapshots of Alaska, Cirque: A Literary Journal for Alaska and the Pacific Northwest, and Building Fires in the Snow: A Collection of Alaskan LGBTQ Short Fiction and Poetry. She is the recipient of a Rasmuson Fellowship and the Jason Wenger Award for Literary Excellence from the University of Alaska. 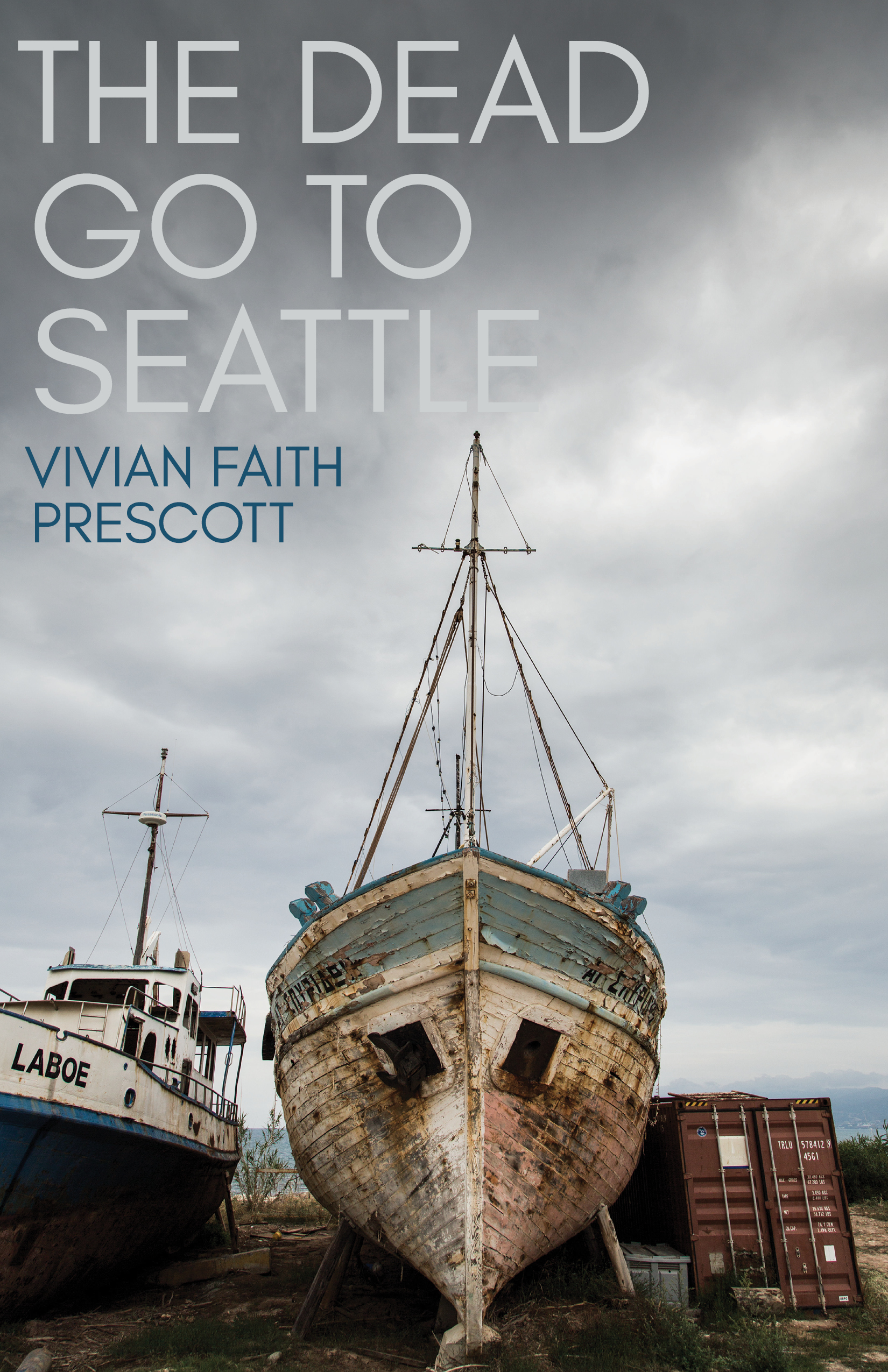 The Dead Go to Seattle

Tova Agard’s world is literally falling apart: she’s just been disowned by her father in a violent confrontation over her sexuality, and climate change is about to wreak havoc on the world. In the midst of catastrophe, Tova meets Smithsonian Institute ethnologist John Swanton on an Alaskan-ferry time machine, trapping Swanton on Tova’s small hometown of Wrangell Island. Tova convinces Swanton that the island’s contemporary stories are worth collecting despite their strangeness. In Tova’s oral traditions, a woman becomes a bear, a man marries trees, a UFO hunts deer, and the dead go to Seattle. These forty-three linked tales in the story-cycle are not stories that the Smithsonian intended to collect, but by the time all the tales are told, their reconstruction of history will make a greater impact on the world around them then either Tova or Swanton could have ever imagined . . .

“Cleverly framed, these stories capture a rich island community that is steeped in oral traditions. . . . a collection that rewards rereading and rumination.” — Foreword Reviews

“In Prescott’s debut collection, a young Native American woman confronts colonialism, homophobia, and a history of erasure by reclaiming the stories of her people. . . . [an] ambitious collection that boldly explores the intersection of magic, queerness, and indigenous history.” — Kirkus Reviews

“An enthralling, engaging, mind-bending, time-bending story collection that tells the old new and the new old and pulls everything apart and brings everything back together again . . . You will not find your cruise ship tour stop here; this is the way Alaska is passed down from generation to generation: unexpected, brave, lovely, unsettling. As one character says, ‘You might even get stuck here in our stories.’ Indeed. Start reading The Dead Go to Seattle and I promise: you will get stuck in these stories until you?ve turned the last page. Vivian Faith Prescott has given us an important, essential work that should be required reading for all thoughtful, imaginative people.” — Garth Stein, New York Times bestselling author of The Art of Racing in the Rain, A Sudden Light, and How Evan Broke His Head and Other Secrets

“The two-spirited Tova, a main character in these highly inventive stories, advises, ‘Be the story shaking the sea.’ Author Vivian Faith Prescott, comfortably at home in the forests and bays of Southeast Alaska, does exactly that as she draws on generations of family stories, traditional stories from multiple cultures, and her own trickster imagination. Time and reality are malleable here, as the promise and compromise of storytelling itself–that human compulsion–is brought into light.” — Nancy Lord, former Alaska Writer Laureate, author of Fishcamp and Early Warming

“This collection sneaks up beneath you like a northern pike, making you laugh, wonder, ponder–but most of all reflect on life in a small island, and what it means to be Other. In this way it does what all great literature does–renew our sensuous life, and learn a new awareness. Good that Vivian Faith Prescott is on this earth, and on this island to bear witness and make it so.” — Brendan Isaac Jones, author of The Alaskan Laundry