These are poems born of facets and interrogations of citizenship and national dissolution in the Greek cultural landscape of economic austerity, of the self in love, too, with topoi imbued with history, eros, and loss. The terrains are multiple and transient, the subjects both quotidian and extraordinary in their lyric consciousness of time.

“Adrianne Kalfopoulou’s luminous chronicle of love and debt in the time of the Greek Euro crisis, A History of Too Much, is powerful lyric testimony to the courage, humor, and brave resistance with which ordinary people faced augurs of loss in Greece, where the beauty of ‘the oregano’s thick perfume, the sapphire sea’ remind them of a heritage of beauty and sacrifice, as the title poem puts it. ‘It felt so much bigger than me,’ says the speaker of the magnificent hybrid poem that caps the collection, an assemblage of the voices and visions of historic change, which is, like History itself, a tour de force.”—Cynthia Hogue, author of In June the Labyrinth

“The ‘too much’ that piques the reader’s interest in the arresting title of these poems does double service: it sounds a cry of anguished exasperation uttered by this collection and comments on the way private life has been massively invaded by public upheavals. A startling theme, viewed with unexpected ambivalence, is hopeor rather ‘the carcass of hope’ that in these poems seems fated to end with ‘passionate disappointment.’ As the immigrant daughter of political exiles, I grasp that theme viscerally as Kalfopoulou pursues it through marvelous use of sensory details; attention to the voices and narratives of individuals, named and specified; love poems both tender and erotically vivid; memories of the dead; encounters with the maimed but still-living; physical vestiges of World War II and its victims, and travel accounts full of foreboding amid strangers in nocturnal surroundings.”—Rhina P. Espaillat, author of Playing at Stillness and Her Place in These Designs 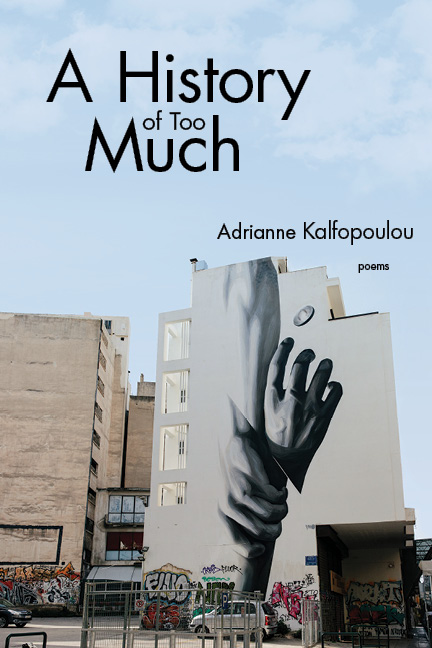