In her debut poetry collection, Kelly Davio invites the reader into a world where sin is virtue and virtue is vice, where the ominous lingers just beneath the surface, and the everyday is imbued with the fantastic. In these intelligent, compassionate, and harrowing poems, Davio gives a modern voice to metaphysical tradition. The poems in this collection dismantle the specter and judgment of a life shaded by Judeo-Christian religious consciousness. Grounded in Davio’s radical religious childhood and subsequent break with the church, her writing examines the world from the viewpoint of the spiritual dissenter, questioning the mores and motivations of religion, family, and self. In sections that explore concepts of revelation, sin, and virtue, these poems tilt the world at uncharacteristic angles, revealing the ragged edges at the margins of belief. At times solemn, at times exuberant, Burn This House is an intense volume, its darkness lit by the flames of wit, intellect, and curiosity.

Praise for Burn This House:

“Kelly Davio’s Burn This House is a vivid, nuanced, beautifully organized, and wit-enriched debut. It is a dark book, but the darkness is illuminated throughout with the cool flames of ironic humor, and the brightest light arrives in the concluding sequence’s conflagration, the flaring out of the poetic house. But this collection is just the beginning–this compassionate and harrowing book promises more brilliance to come. Tongues of flame, anyone?”—Carolyne Wright, author of A Change of Maps and Mania Klepto: The Book of Eulene 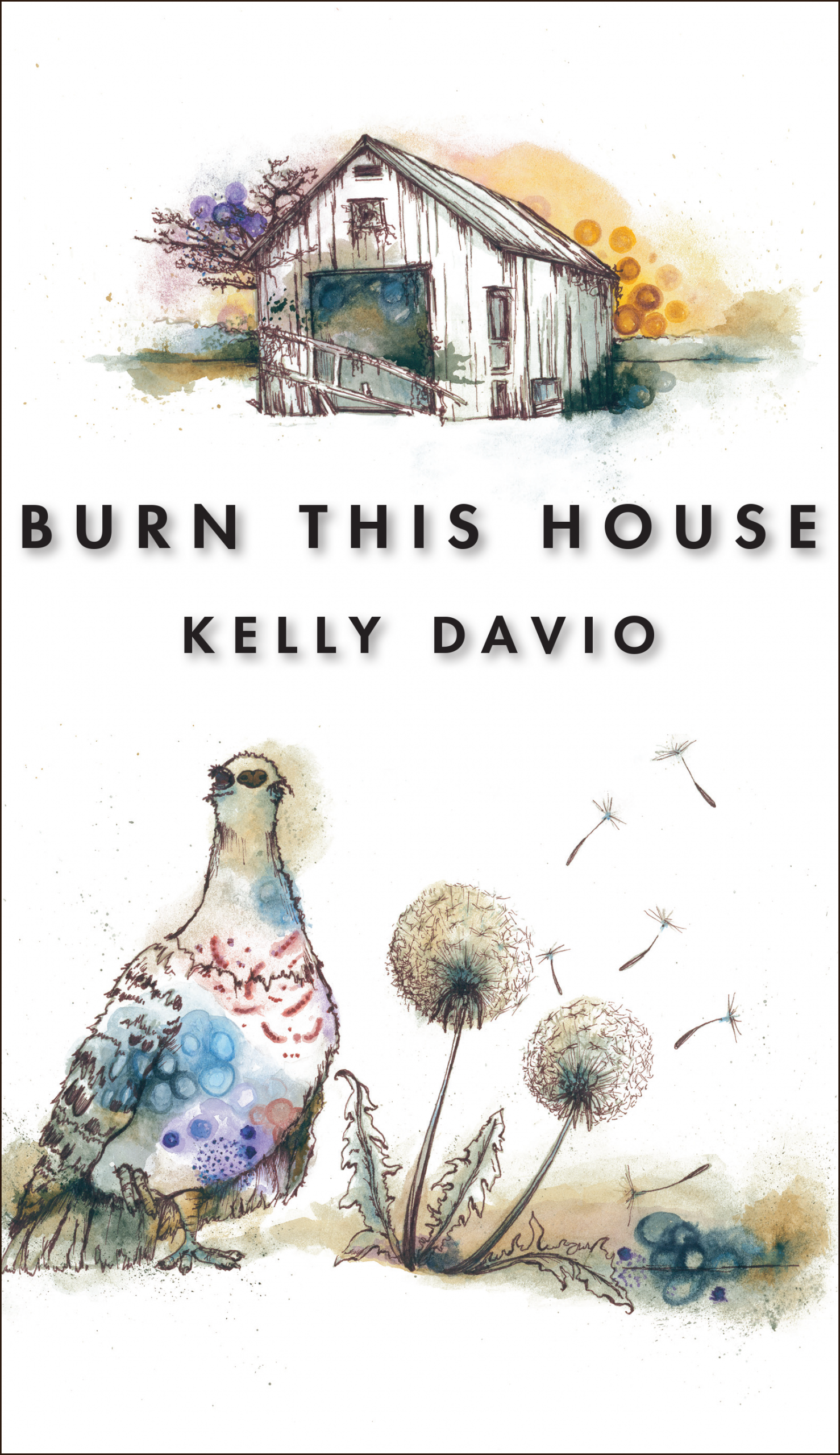 Kelly Davio's latest poetry book, Burn This House, has been named a 2013 Julie Suk Award Finalist for Best Poetry Book. The award, presented by Jacar Press, is award to […]

Recently, Poetry Northwest published a review of Kelly Davio's Burn This House, and they had great things to say about Kelly's use of sound and rhythm. "Clearly Davio is a […]

Lee Gulyas from Contrary Magazine applauds Kelly Davio's use of "the lens and language of religion to question existence, family, and herself" in the poems of Burn This House.- "Don't […]

The Rumpus reviews Burn This House

Michelle Salcido from The Rumpus praises Kelly Davio's Burn This House.- "Davio explores the erosion of faith, time, memory, and love with clear speakers who are unafraid to expose doubts […]

Karen J. Weyant from The Scrapper Poet chooses Kelly Davio's Burn This House as her "March Poetry Pick".- "Indeed, if anything, these poems are questions — questions about both our […]