This is the middle school anothology that makes middle school kids want to get in touch with their inner poet or pirate tale teller.

What do you do when you’re the goddess of love, but you don’t have arms? That’s the trouble with the Venus de Milo, this crazy armless statue some guy found on an island called Milos about two hundred years back. You’ve probably seen the statue somewhere before… maybe on the cover of this book!

Nobody’s quite sure how the Venus de Milo lost her arms. The French sailors who bought her, though, claimed that they battled brigands on a
beach to get to her. Apparently, her arms were ripped off during the fight!

It might not be true, but, now that you’ve heard that version of the tale, you’ll probably never forget it. It’s unique and exciting, and only the Venus’s own rescuers could have told it like that.

There are an infinite number of Venus de Milos in the world—objects, people, places, and ideas that are strange, cool, and quite possibly, unique to your life. And, just like those French sailors, you, too, have awesome versions of those Venuses’ stories to tell. 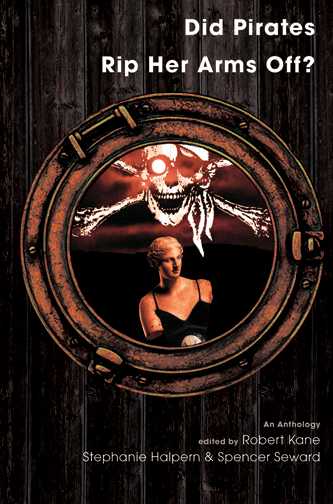