A fifty-year look backward to the days spent at summer camp and the life lessons they taught us without our knowing it.

In Lessons from Summer Camp, Jim Tilley takes a fifty-year retrospective look at a ten-year period during his childhood and adolescence to discover what summer camp was really about. In both a wistful and an appreciative look back on the days of our youth, the poems reminisce on the memorable events of those summers, from fire-lighting contests at Council Ring, to races in war canoes during Tribal Games, learning to swim, and writing letters home to the inevitable sadness of departing at the end of the summer, saying goodbyes at the station until next year. The poems evoke memories of experiences we’ve all shared and bring perspective to how Lessons from Summer Camp often become apparent only later in life.

“Jim Tilley’s Lessons from Summer Camp would make Wordsworth proud since it is affection recollected in tranquility. Boys leave a ceremonial world of finger sandwiches and afternoon tea to step into a greener and wider one. There Tilley and his friends learn the value and limitations of teamwork and play games that sort out leaders from followers. As sunlit as these poems can be, a prescient and observant Tilley also finds that sometimes life is ‘always a night in the wilderness.’ On a canoe trip he hears two loons calling, one as if lost, the other answering, ‘I’m over here’ as the author himself searches for his place in the world.”—Ron Koertge

“Reading this book is like returning to those sometimes fraught but mostly carefree days of summer camp or, for the uninitiated among us, like taking our blindfolds off and discovering that vivid world for the first time. Tilley’s poems are refreshingly direct, maybe because, as he says in ‘J-Stroke and Sweep,’ ‘You can’t see the metaphor when you’re a Camper.’ He sees the metaphors now but doesn’t bear down on them too hard, and the ‘lessons’ of the title never seem forced. Jim Tilley earns a ‘3rd feather’ for this third book.”—Jeffrey Harrison 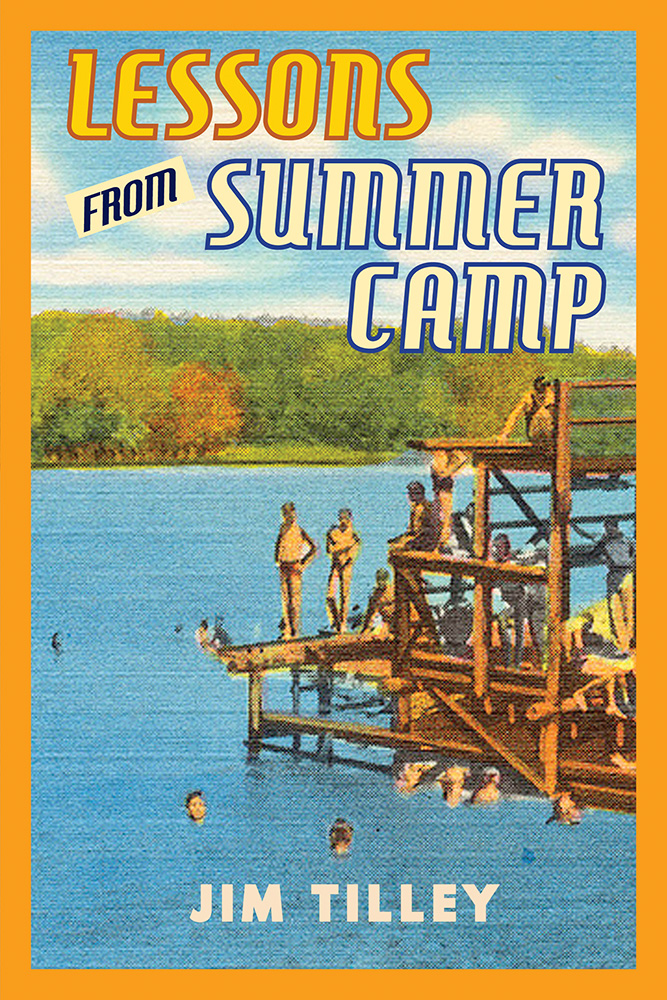