What happens when one hundred poets from across the country all follow the same “recipe” for creating a poem? If you think the result is one hundred identical poems, then you haven’t seen Mischief, Caprice, and Other Poetic Strategies, a new anthology edited by Terry Wolverton from Red Hen Press.

The collection includes nationally recognized poets such as Michael Waters and Richard Garcia, Los Angeles notables such as Alicia Vogl Saenz and Jim Natal, poets from Canada, Mexico, and India, and a twelve-year-old and eight-year-old—all writing in response to the same set of instructions. The “recipe,” called the Twenty Little Poetry Projects, was devised by poet Jim Simmerman and first made its nationwide debut in The Practice of Poetry, a 1992 collection edited by Robin Behn and Chase Twitchell. Simmerman devised the exercise, he says, to encourage his poetry students to explore “free-for-all wackiness, inventive play, and the sheer oddities of language itself.”

“Too many poems,” asserts Terry Wolverton, “suffer for their earnestness, an overabundance of sincerity, which sometimes means you tell the reader what they already know. A good poem shows the reader something new, and to do that, sometimes the poet needs to think differently.” Wolverton, an instructor of creative writing herself and founder of Writers At Work, a writing center in Los Angeles, has long used the Twenty Little Poetry Projects herself to “disrupt whatever habits one may be in with regard to writing poems.” The result is a poem in which “the journey to arrive at the content is unexpected, entertaining, and provocative.” She predicts that students will have a great time with the book, which will demonstrate that “poems can be playful and serious at the same time.” 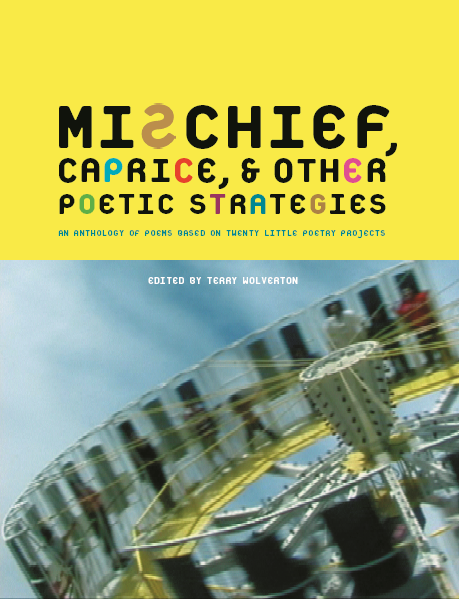