On a wintry morning in 1974, Hank Preston makes a semen delivery to the New York Hospital Fertility Clinic. Running late, he takes the elevator rather than the stairway earmarked for such deliveries. A woman enters, the recipient of his semen, and a relationship develops that threatens to blow their already rocky lives to smithereens.

To add to Hank’s problems, his transgendered boss at the Strand Bookstore is in love with him. “But I’m straight,” Hank protests. “And I’m a woman,” Joey insists.

The odd intermingling of these vibrant characters makes for an unforgettable story. Hank needs to come to terms with what happened to him in Vietnam. Karen, the would-be mother, needs to clarify the difference between fantasy and reality. Joey, the sanest of the three, despite, or maybe because of, her gender mix-up, shares her wisdom and tries, somewhat unsuccessfully, to hold them all on course. Secrets are revealed as a twisting plot erupts in a fiery conclusion.

Offspring is a story of longings, thwarted dreams, and the search for truth, of family, and our fervent need to belong. 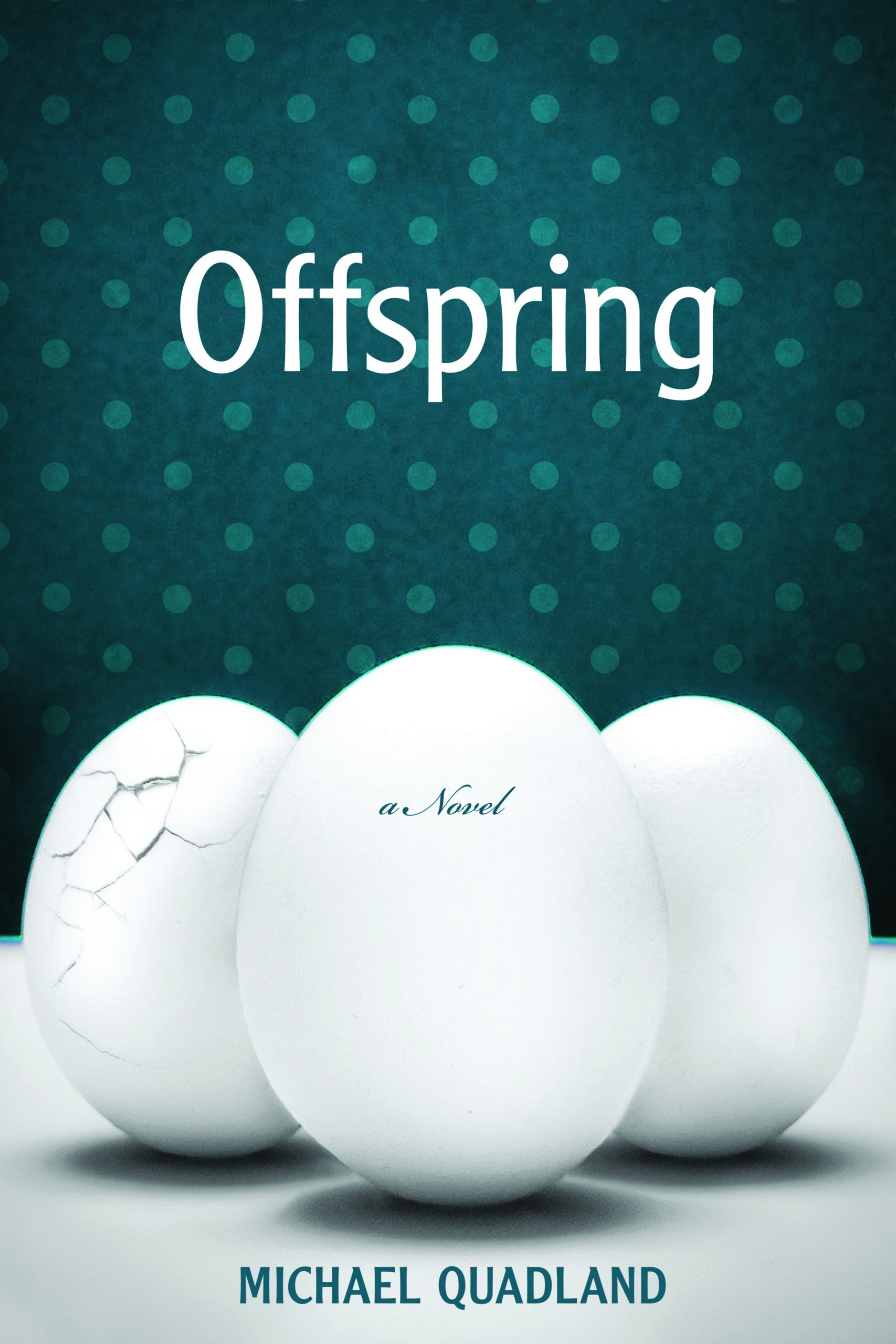 In a recent article on iBerkshires, Phyllis McGuire says that Michael Quadland's Offspring is "ultimately about a search for truth — not honesty in the moral sense, but the truth […]

Veteran David Willson has just reviewed Offspring on "Books in Brief," an online feature that complements “Books in Review,” which runs in The VVA Veteran, the national magazine of Vietnam […]