Meet Oldguy: your regular aging superhero whose powers have dwindled over the years, and whose very mechanics are seriously fizzling. In seriocomic misadventures, Oldguy valiantly attempts to continue his former heroism in a somewhat wry version of Faulknerian endurance, defeating his enemies time and again–if not through superhuman abilities, then at least by “outliving the sons-a-bitches.” With comic book-style illustrations, Oldguy inhabits a space all to itself–not strictly a poetry collection, not quite a graphic novel– in a hybrid comic-chapbook sure to visually and aurally delight.

“When has geezerhood been handled so appealingly (Well, except for those movies where Ann-Margret is inexplicably cast as a senior citizen.) Oldguy may exit the Oldguymobile creaking and farting, but comedian-con-simpatico Bill Trowbridge so ably superjuggles hijinks and empathy that, despite all the geriatric odds, a true American hero is born. Don’t know a Packard from the Oscar Meyer Wienermobile, or Roundheads from the Blob than snap your trap shut, punk, and give a listen: Oldguy’s here to save your day.”—Albert Goldbarth 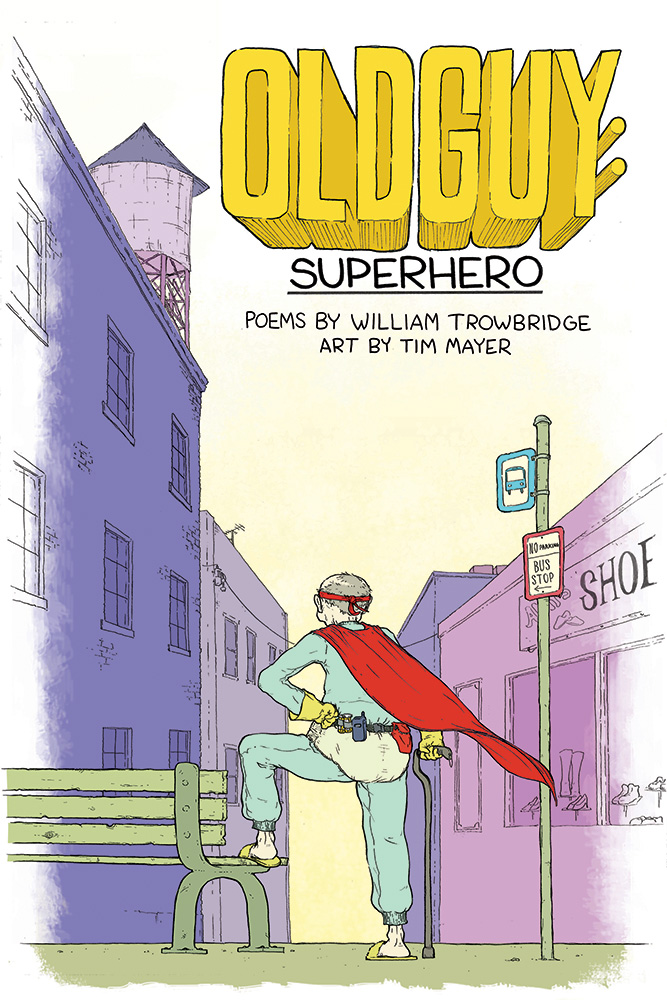