The poems in Cynthia Hogue’s collection, Or Consequence, range from meditations on “freedom” to poems crossing cultural and formal boundaries. The first and third sections introduce a series of informal etudes, which contemplate timeless aspects of human experience (love, power, memory, trust, war and peace). Such subjects are brought to bear on language as excavation and reclamation in Hogue’s central section, a discrete series entitled “Under Erasure/ Ars Cora,” after the last slave, Cora Arsene, to use the courts to sue for freedom on the eve of the passage of the Fugitive Slave Law. In the devastating aftermath of Hurricane Katrina, Hogue’s poem cycle meditates on traces: traces of a lost life, of a presence that has been erased, part of the palimpsest that is post-Katrina New Orleans (a city in which Hogue once lived). In the case of Cora Arsene, Hogue finds such a trace lying unnoticed, forgotten, but sign of a dynamic, courageous presence that persists. These poems invoke this presence in classic lyric strategy, but not to reembody the lost but to follow the trace’s thread from the real to the sublime. Hogue’s is an innovative poetics of inquiry, an analytic lyric striking a balance between method and music, collage and image, and finally, between violence and that other ancient human capacity, love. 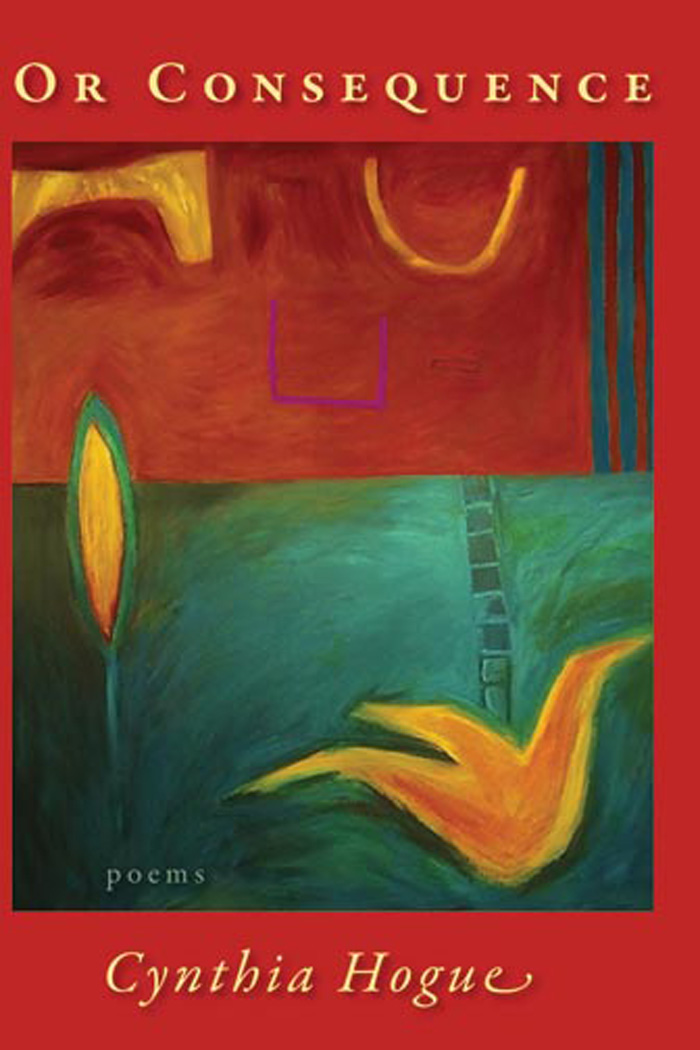 Scott Hightower reviews Cynthia Hogue’s Or Consequence in the arts review, Fogged Clarity (April 2011). According to Hightower, Hogue is “a poet of extreme precision and no histrionics.”

In the lead-up to the 2011 Tucson Book Festival, Jarret Keene published this review of Cynthia Hogue’s Or Consequence–in the Tucson Weekly (10 March 2011).