In 2010, poet Katharine Coles sailed across the Drake Passage to spend a month at a tiny Antarctic science station under the auspices of the National Science Foundation’s Antarctic Artists and Writers Program. The Earth Is Not Flat, the collection of poems written out of her adventure, invokes the vast land- and seascapes as well as the fauna – penguins, seals, whales, and scientists -she encountered along the way. Addressing not only the present reality of human habitation in Antarctica but also a rich history peopled by figures like Shackleton, Scott, and Amundsen, the poems bring Coles’ much-praised intelligence, passion, and humor to bear on subjects ranging from writing a grant proposal for scientists to heavy seas to the addictive potential of joy. Along the way, she continues her passionate meditation on reality and our place in it, using as her vehicles both the natural world and the human-created worlds of art, history, and science.

Praise for The Earth Is Not Flat:

“Katharine Coles sails to Antarctica and takes a fresh and startled look at a world that seems first hand in these lucid, well-made, scientifically alert, precise, and bedazzled poems.”—Edward Hirsch

“Most of us will never see much less experience Antarctica. It doesn’t matter, Katharine Coles takes us there through these searing and seering poems. Ice becomes a mirror to our psyche as well as a phenomenon of change. Climate science becomes the physics of consciousness. This is a book of witness.”—Terry Tempest Williams, author of When Women Were Birds 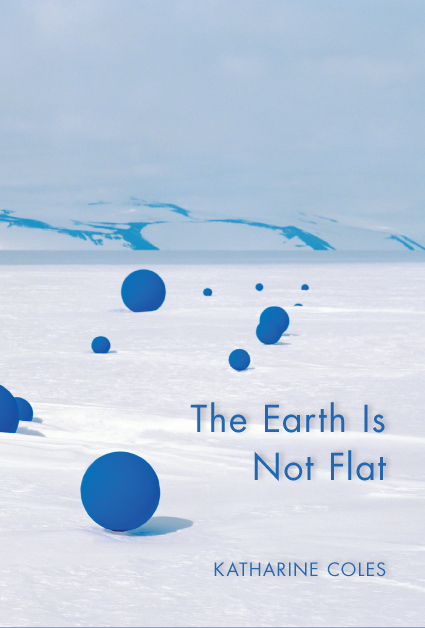 Midwest Book Review praises The Earth Is Not Flat